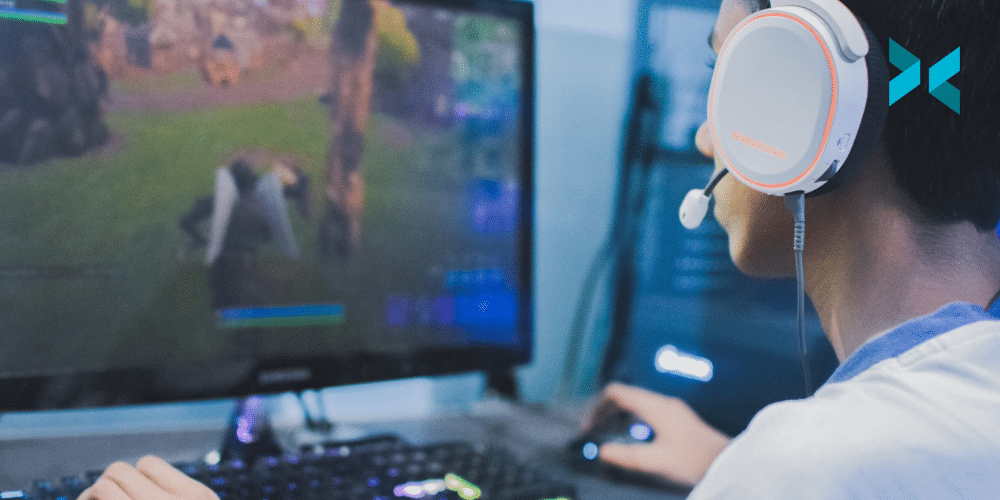 In the early days of streaming, it was miraculous enough just to get a stream online and stable. Nowadays, streaming is accessible to everyone, you can use your smartphone, any PC, or even a console. Streaming is easier than ever and this means there are more people streaming than ever, so while having a technically sound stream used to be good enough to start building an audience, there’s more competition than ever. So how do you stand out in a crowded market? Well, one solution we’ll talk about, is building a narrative!

What is “building a narrative”?

Well, it’s just a fancy way of saying you need to build a story with your stream or a “narrative hook” which is a term used to describe the key point of interest in a story. And like all stories, there needs to be a beginning, middle, and end. And like most stories, there needs to be a hero, which is you the streamer, and a goal that you will achieve. So what are some examples of streams with a narrative?

One example is speed-running streams. The beginning is the speedrunner practicing their runs, the middle is attempting the runs and the end is achieving a new personal best or record. The overarching goal is to get the world record for that game. But speedrunning a game takes immense amounts of practice and what if you’re not a hardcore gamer or your content isn’t focused on gaming at all?

If you’re planning to do IRL streaming, it’s good to give your streams a purpose for that day. It can be useful to follow cues from vloggers who generally focus their videos on one aspect of their daily life. So, your IRL stream for that day can be about achieving a particular goal, such as cooking your first pizza, which means your 3 act structure is getting the ingredients, cooking the pizza, and eating the food.

This also helps engage viewers who may join your stream late, they can quickly catch up on what part of your adventure you are on. I feel this is why battle royale games have been so popular for streaming, each match basically tells a different story. The goal is to survive, the beginning is looting, the middle is surviving until the final circle and the end is if you win or not.

What we’ve discussed so far is basically for single streams. It can be quite hard to come up with creative ideas for each and every stream you do. So what you can do is create storylines that will last over a period of time. Fundraising works really well with this. Whether it’s for personal benefit or charity, having a fundraising goal is a great way to get people to watch and support you.

Subathons are a great example of this content. The goal is how long can the streamer keep broadcasting. Other forms of this content are long-form art projects, like woodworking or cosplay. It can also be achieving a goal, like in games with global rankings, it can be your race to be #1 in the rankings or trying to achieve the highest gamerscore possible on Xbox live. Maybe you have a backlog of games you wished you beat when you were a kid and couldn’t afford. Maybe you want to start a podcast revisiting the albums of your youth or old cartoons.

One important note is if you are planning long-form or serial content, make sure you do a good job archiving as well so new viewers can get up to speed quickly. One of my favorite pieces of long-form content was video game championship wrestling, which emulated WWE-style storylines with video game characters. The community built a whole wiki page around the federation so new and lapsed viewers could revisit and catch up on storylines.

This can also be a great way to approach playing a narrative game, for example, Chris here at XSplit once streamed LA Noire, which already has a narrative flowing through but added the idea that his character was “the backward detective”, which essentially meant walking/driving backward at all times. This made the journey of Cole Phelps, the Backwards Detective, all the more exciting as parts of the game were completed.

Now I know I said every story has a beginning, middle, and end, but sometimes there doesn’t have to be an end. Sometimes there’s content that can just go on forever, and it’s more about the interactions the character has, rather than a storyline.

A good example of this is GTA RP, where the player develops the character and works on inserting them into a variety of situations and interactions with other role players. VR Chat works in the same manner as well. Create your avatar, explore some worlds and talk with other characters.

Also, something like a D&D stream (something we have discussed with Felicia Day and Tanya De Pass) can take this route where while you tell tales with beginnings, middles and ends the characters themselves can go from campaign to campaign. The audience gets to know them better and past events will always help shape future ones so it’s a great thing to consider if you want to build your narrative across streams.

Let the audience tell the story

Now the beauty of streaming is that it is interactive, unlike movies or novels, the audience can change the story and the onus is on the streamer to give the audience these tools. Some of these are staples of streaming, like sub-goals and donation rewards, if you haven’t set these up, then you should as you’re just tossing away potential income for your stream. All you need to do is add a web URL link as a source in XSplit Broadcaster. (Simply get the web URL from the service you’re using to get donations, set up alerts and ctrl+v that link into Broadcaster!)

Other things to do are adding lists of activities as a stream overlay or in your stream title. One good way to encourage engagement is to have a poll after you complete an activity to ask the audience what you will do next. Now you probably don’t want to make all aspects of your life a choose your own adventure type ordeal, but it’s going to give the viewers some type of influence into what they are watching.

Basically, you should always experiment with the format of your content. What have you found successful as a narrative device for your streams? Let us know in the comment section and if there’s anything else you would like us to discuss, that’s the place to do it!