Catching up with Tanya De Pass; Streaming, Tabletop, and Inspiration. 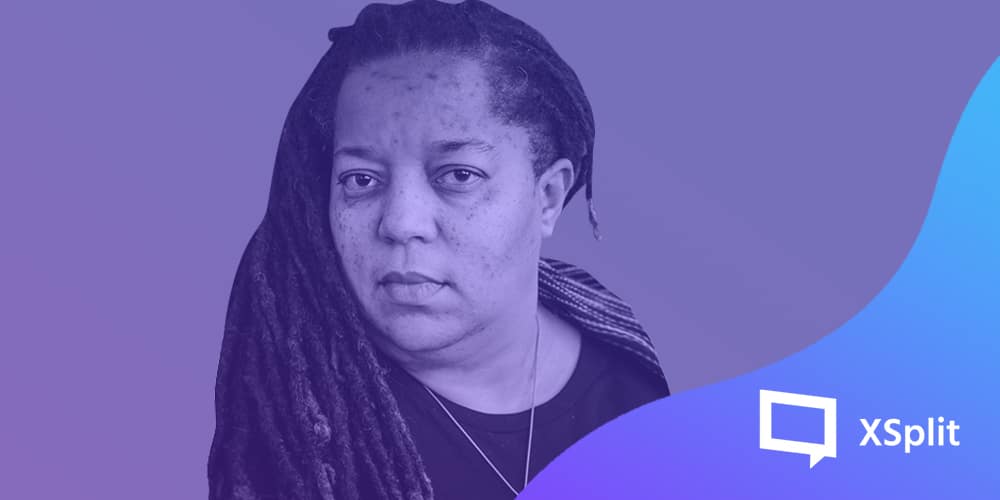 Tanya De Pass has been a shining light in the streaming and gaming world for a while now and we have gone from fans to working together on a few projects. In this interview, we got to sit down and talk with Tanya not long after her XSplit 101 stream, where she ran down how she uses XSplit Broadcaster and it’s benefits.

Hi Tanya! Tell us a little about yourself and how you started streaming!

I was born on a chilly spring night in Chicago. Seriously though, I’ve been a lifelong gamer, from D&D to arcades, pong and more to today. I started streaming because I wanted to share Dragon Age: Inquisition with friends and because I discovered I could stream directly of my PS4 without a fancy set up. So once the game came out, I set it all up and that was my first streaming experience! I found I enjoyed it (despite the trolls, harassers and then stalkers) and haven’t looked back.

Did anyone inspire you to start streaming?

I found SimplyUndrea (who no longer streams) and iambrandon (known as UGRGaming at the time) via someone hosting their streams. They were some of the first black streamers I’d seen on the platform, showed I wouldn’t be alone if I started streaming.

Tabletop seems to have been a big interest of yours for a while now, where did you first get introduced to it?

Funnily enough I was trying to remember my first D&D session and couldn’t. I played in my early teens onward, and had to hide my gaming from my mother, who fell to the Satanic Panic of the time. She thought it was demonic, and well it was easier just to not say exactly what I was doing with friends. I do remember it was friends that introduced me to it, and knowing how much I love storytelling and fantasy; I was hooked.

Rivals of Waterdeep, the Tabletop D&D show on the official Dungeons & Dragons Twitch channel has gone from success to success, how did it get started?

Rivals came about due to Greg Tito over at WotC. He had been following my work on I Need Diverse Games for a while, and had invited me on to Dragon Talk about inclusion in tabletop & my history with D&D and other RPG’s. We kept in touch, often chatting about our shared favorite game Dragon Age II. Earlier in 2018 he reached out and asked if I’d be interested and if I knew anyone who’d want to do an actual play D&D show. The reason for our show being put together was to show anyone can play learn to play D&D. We also are a unique show in that we have an all Black and POC cast, and we change up DM’s (Dungeon Master) every season.

Can you tell us about I Need Diverse Games?

INDG came about because I was mad about video games in October 2014. It was very much a lightning in a bottle moment of right time, right topic and the hashtag I was adding to tweets about my displeasure with aspects of the games I loved, #INeedDiverseGames being shared by folks in the industry.

Out of those conversations happening, a community slowly grew out of those. I got invited to podcasts, was interviewed and eventually INDG became it’s own entity. In December 2015 I was let go from my day job, so I decided to see if I could make INDG my main thing until unemployment ran out. So between freelance, Patreon and other small gigs here and there; I’ve been able to do this as my full time job ever since.

You’ve been using XSplit Broadcaster for a while now on your streams, why is that?

I found it pretty user friendly, easy to set up and get going without feeling like I needed an advanced CS degree to just get my stream added into it. It let me add a bunch of scenes, and more importantly profiles into one installation rather than having to have more than one instance installed if say, I wanted to stream on the I Need Diverse Games channel instead of my channel. Updates are clear and I can’t wait for what’s in the PTR client to come to the production version. So many quality of life improvements as a broadcaster are in the pipeline.

You recently ran an XSplit 101 stream, but what advice would you give to someone inspired by you looking to start streaming today?

Make sure you’re not in it to get rich immediately, or ever honestly. Stream whatever content you enjoy and don’t obsess over numbers. Also, make sure you like streaming before you go all in and buy a bunch of expensive equipment then it turns out you don’t actually like it. Try Gamecaster for free, then upgrade to Broadcaster if you continue to stream. Lastly, be patient. Building an audience and community will take time. There is no one game that will make you an overnight sensation in the streaming world.

Thank you for your time, Tanya, where can people find you on the internet?

You’re so welcome Chris! Thanks for chatting and for the chance to show off why I love using XSplit to my community! I can be found on the internet as cypheroftyr everywhere like; instagram, twitter, Patreon, Twitch, Facebook page and right here on cypheroftyr.com!