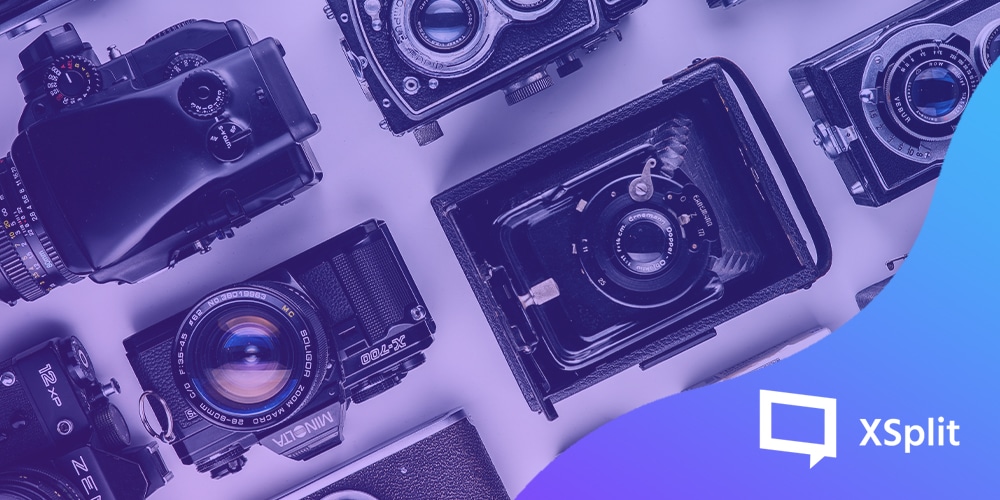 Like many of you, I’ve made a new years resolution to become more knowledgeable about my equipment and what it is or isn’t capable of. One of the things I spent a lot of time on last year was learning how cameras worked; shutter speed, aperture, exposure, white balancing, you know, camera things. Since I was learning via YouTube university, one thing I noticed is that while there are tons of videos about the most cinematic camera, 4k video, or 120fps video, there wasn’t really a guide for cameras based on people’s budget and needs. So what I wanted to do was create the ultimate camera buying guide to save everyone else some time!

One of the first categories to discuss is the budget-conscious options, and what could be more budget-conscious than free? First up in the free category let’s talk about the best camera you probably have that you also probably forget about all the time, your smartphone! Smartphone technology has come so far in the past few years that basically any flagship smartphone camera can rival a standalone camera or webcam.

Smartphone cameras are also great because they’re beginner-friendly, they basically work automatically, you don’t need to learn a bunch of settings to get a good quality image. They’re also easy to set up with your streaming and recording software.

You just need to install an app like XSplit Connect: Webcam on your phone, iOS or Android, then install XSplit VCam on your PC. Make sure your phone and PC are connected to the same WiFi router, launch both apps and then click connect on VCam.

Next in the cheap line up of our camera buying guide is the workhouse/gold standard, the Logitech C920. Now 2020 made these a bit scarce, therefore expensive, but things have evened out now and these are pretty much the best deal you can find for a webcam that can last you a long time. You can also combine this camera with VCam to add a blur effect to your background, making it look like the more expensive cameras we’ll be talking about next.

If you’re looking to take the dive into getting a full-fledged camera for your setup there are some things you’ll need to take into consideration and our camera buying guide is here to help! First and foremost is budget. If you don’t have a big budget you probably don’t want to get a camera that requires a capture card or one that will require you to buy an expensive lens. So in this scenario, point and shoots are your best bet. You may remember this type of camera from the early 2000s before our phones became our main cameras. These cameras are great as they have a fairly wide lens, they’re small and you can basically mount them anywhere you want.

Cameras like the Sony ZV-1 and Canon GX7 Mark 3 are popular in this range and they also have the added benefit of working as webcams over USB via software from their manufacturers. To use this software for streaming or recording, you’ll either need to screen capture the preview window or the camera can appear as a virtual camera device in your software. Now mileage may vary with frame rate and resolution, but this is a great starting point if you don’t have the additional budget for a capture card in our camera buying guide.

Now the next level in our camera buying guide depends on your use case. So there are basically two different types of cameras here, each with its own application. There are interchangeable lens cameras like DSLRs and Mirrorless cameras. Then there are video camcorders, you know the ones you’ve probably seen your parents use to film all those embarrassing birthday parties.

If you’re going to have a more permanent setup for streaming or recording, then you probably want to go with a DSLR or Mirrorless camera. Now there are way too many types of these cameras to recommend just one, instead, we’ll need to look at some key features to look out for.

The first is a clean HDMI output, this is a setting in these cameras that removes the display info on the HDMI output. Now, most modern cameras have these, you just need to dig through the menus. Next is a full-sized HDMI output. Most cameras have a micro HDMI output, which is fine, but easy to damage, a full-sized output is definitely preferred however, this is usually only available in the more expensive cameras. Last you’ll need to take into account the sensor size and crop factor. So there are micro-four-thirds, APS-C and full-frame.

What does this mean? It means each has a crop factor of 2x for Micro-Four-Thirds, 1.5 for APS-C and none for full-frame. That means if you buy a 16mm lens for Micro-Four-Thirds, it actually is a 32mm lens. I don’t want to get too into the weeds with this camera buying guide, but basically the longer the focal length the further away you have to be from the camera, which can be an issue if you’re in a tight space. Wide-angle lenses tend to be a bit pricey and full-frame cameras cost more than APS-C or Micro-Four-Thirds so take that into account when picking your camera.

As for what camera looks the best, well that’s really all subjective. If you don’t want to do a bunch of tweaking, like applying LUTs, then generally Canon or Fuji have great looking color profiles. If you like to tweak, then it’s great to go with Sony or Panasonic.

Generally, you would be purchasing these if you’re planning to do some type of event coverage or multi-camera production like a news show, talk show, sporting event or church gathering. Now, unless you buy used you’re likely going to spend at least 1,000 USD on these, but there are some key features to look out for so you can get the camera that’s right for you instead of spending thousands of dollars on features you don’t need.

The most important feature for this type of camera is that it has an SDI output. SDI is a video cable like HDMI but is far more convenient to run over extended distances and a lot more resilient than HDMI cable as well. Some great entry-level cameras with SDI are the Canon XA-15 and the Sony PXW-X70.

If you’re covering events or running a live production and want to take it to the next level or need to use telephoto lenses for some reason, then it’s time to step into the realm of Cinema Cameras. These are basically like the interchangeable lens cameras from the earlier section, just with more features meant for video production. These also generally have SDI outputs and for the most part, allow you to use the same lenses that you use with your DSLR or Mirrorless cameras, however there are much more expensive cinema lenses you can use as well.

Some popular cameras in this range are Canon’s C cameras like the C200, or Sony’s FX series like the FX6 and Blackmagic’s line of cinema cameras, some of which are designed to be used for productions like the Studio Camera or Ursa.

Now I know that’s a lot of information to take in at once in our camera buying guide so let’s just summarize this! Free or Cheap camera? Use your phone or webcam. With good lighting and apps like XSplit Connect: Webcam or VCam, these will take you pretty far. When you have a bit of a budget Point and Shoot cameras are a great step up. Some of these you can use as webcams but you also might need to use a capture card to use them with your recording software. Making money off your content or looking to do professional work? Get an SDI camcorder or cinema camera depending on your needs.