The Evolution of Live Streaming Software 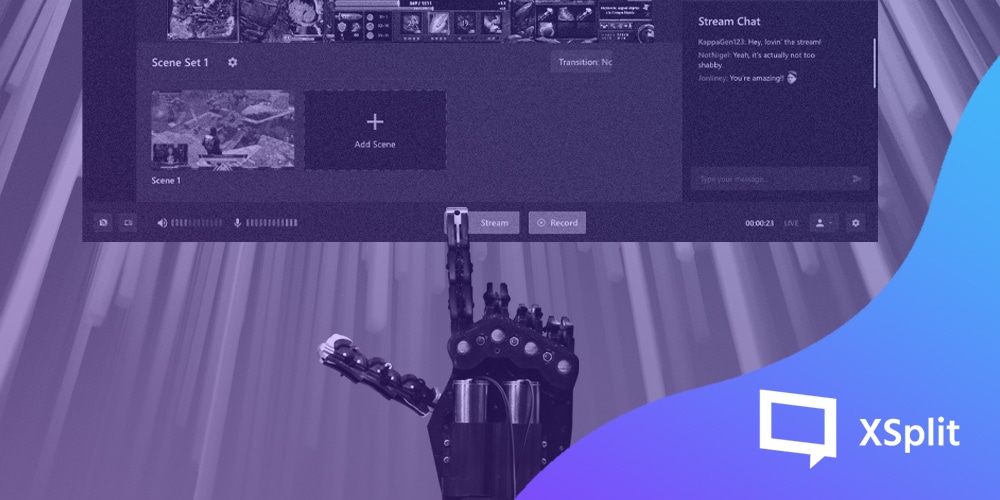 As someone who’s been working in this space for quite a bit, it feels like live streaming has existed in eternity. Every kid and his grandparent are certainly familiar with it, and a lot of non-tech companies have started utilizing this in one way or another. It’s an industry that has grown quite rapidly yet one that will continue to grow in the coming years.

Without a doubt, the abundance of live streaming software that helps people get started with streaming or generally creating content has played a crucial role in making it a mass-consumer multi-billion dollar industry that it is today.

So why don’t we take a quick trip down to memory lane and see how live streaming software and various apps have evolved over the years which contributed to how the whole landscape looks right now. Keep in mind the sequence is not entirely chronological unless stated explicitly. Also, this is from my point of view so if I missed anything or stated something incorrectly, feel free to sound off in the comments section below.

I’m sure someone can correct my factual errors by citing an even more ancient way of doing a live stream but let’s start with the one that most people can at least recognize. Flash Media Live Encoder.

At the time, this one was the gold standard if you want to produce any live stream content. Incomplete? Yes! Confusing user interface? Oh definitely, but who cares! FMLE got the job done for the most part and that’s all that matters, especially at the time!

All you have to do is get another tool that allows you to capture your screen, and you’re good to go. If you were part of that era, I’m pretty sure you’ve heard one or more of the following screen capture tools:

Now you have screen capture software and a live encoder you’re pretty much good to go!

Around this same time, perhaps even earlier, an all-in-one live streaming software called Wirecast was already available but the 2-prong more complicated approach was still the most popular because it was free. Not to mention Wirecast used to cost a fortune so it’s definitely not for an average Joe.

The beginning of where we are now

Even though the development of XSplit started as early as 2009, it only started to become available in a beta program sometime in 2010, and it went out of beta 2 years after.

In some ways, XSplit Broadcaster was like a combination of the FMLE + screen capture tool but much easier to use and also more feature-packed. It’s easily also a better version of Wirecast which people felt was even more complicated to use despite supposedly being an all-in-one solution. Those and many other factors contributed to the massive popularity of XSplit which in our biased opinion is a true pioneer in the streaming software space.

The birth of XSplit Gamecaster

XSplit Gamecaster was another streaming application that came out shortly after as a big portion of the market wanted an even more straightforward app where all they would have to do is start the app, hit the stream/record button, and go back to playing. This coincided with the rise of portable gaming workstations and it didn’t take much time before the app was bundled in a lot of the higher-end gaming laptops which made it easier for an aspiring gamer and creator to get started.

While there are obvious similarities, both XSplit apps fill vastly different needs of the market. XSplit Broadcaster is more catered to those who are looking to do more than just sharing their gameplay content whereas Gamecaster is aimed at the opposite group which puts more premium to ease of use. Those who want to stream, but still focus more on the game

As the industry matured, users began dictating and shaping which features were considered to be the absolute minimum for streaming applications. This made it almost unacceptable for an app to be too simple and devoid of functionalities outside of the basic streaming capabilities and what used to be the baseline scope of streaming got bigger and bigger.

Ascension of OBS & other apps

I’m not going to bore you with OBS’ history because quite frankly, you’ll be served better with their Wiki entry so go read that instead. What I can write here is how the product started and evolved from my personal perspective.

My first knowledge of OBS came in while managing the old XSplit Forum. Naturally, you get a lot of users talking about something no matter how big or small the feature is, and that’s when someone mentioned it. I forgot the exact sentence as it’s been almost a decade but I felt a serious major player had entered the space.

And the rest, as they say, is history. OBS grew into this larger than life endeavor that truly shaped the industry from thereon. In case it’s not obvious yet, we like OBS and we’re great friends with them (even though they like to feature us on their April Fools jokes!).

Streamlabs OBS and Stream Elements are two popular apps that were enhanced by the open-source project that is OBS. They utilized OBS differently but what they’ve both nailed is putting their own respective imprints to their apps by folding in some of their own specializations.

I’d say their biggest advantage is already having that pretty much the same demographic they’re catering to so it’s more or less just consolidating their core functionality and adding OBS’ streaming capabilities to enhance the overall experience.

Other notable but apps outside of XSplit and OBS include Vidblaster, VMix, Lightstream Studio, and NVIDIA Shadowplay. They all came out at varying periods of time and all of them are still being actively developed while continuing to have their own healthy user base.

If you have a platform that hosts live streams and other forms of recorded content, it just makes sense that you also make the software that makes it easy for people to stream specifically to your service. Livestream and Ustream were the first to do this with their respective apps coincidentally both named Producer while Twitch was the most recent in this category.

Quite possibly the biggest advantage of this type is its direct integration with the platform. Naturally, the biggest drawback aside from being limited to the service is it also tends to be more barebone compared to other fully-fledged solutions in the market since they cater to the newer and intermediate types of audience.

While clearly not in the same boat as every other solution mentioned so far, hardware encoders are worth a mention with how they fit in the grander scheme of things. They are aimed more towards the higher-end professional productions as it has capabilities that extend beyond the normal software-based counterparts.

The main difference between a hardware encoder like Tricaster versus a typical mainstream software like XSplit is that the former is more rigid and less flexible. There’s not a lot of customizations that can be done on the fly and there’s a steeper learning curve. On the positive side, you cannot beat its performance and reliability, as it should, being a physical hardware box whose sole job is to encode.

Did I mention yet it’s super expensive? Being an actual appliance, they are more complex in nature, and oftentimes require expertise in getting set up which in return adds up to the overall cost. Some of the recognizable hardware-based solutions available are Tricaster, Teradek, Boxcaster, and Niagara Video.

The Bright Future of Live Streaming

With so many options available currently, it’s hard to find a legitimate excuse NOT to get started. We often even tell users a lot of the available options today are good because the market is ultra-competitive. Great competition drives innovation, and ultimately everyone wins!

The rise of exceptional options not only pushed us to do better but also allowed us to branch out a little by focusing on areas we feel are lacking or can be improved. XSplit VCam and Express Video Editor are two of those apps and there will be more to come.

That doesn’t mean we’re moving out of the streaming space. As a matter of fact, we have our hands full in continuously improving XSplit Gamecaster and making it the best when it comes to recording and live streaming gameplay content in the easiest possible way AND without shortchanging you in features.

The same for XSplit Broadcaster which is now getting some big updates and refinements. We’ve really upped our game and put premium focus in providing a platform for users to speak and more importantly listening to what’s out there.

All in all, it feels the evolution of the live streaming software landscape also includes our own evolution as we’ve been around since the infancy of this hobby and have gone through some of the highs and lows together. All this great innovation only serves to provide a bright future for content creators and we couldn’t be more excited!