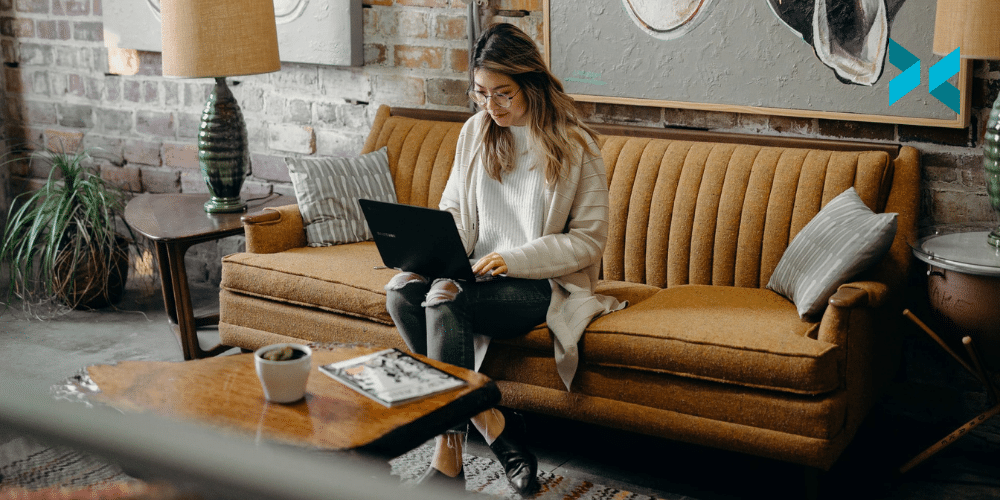 There are lots of different ways to communicate with your colleagues, but one that doesn’t often get considered is video messaging. This can make for better work communication because videos can be quick to make and to watch, and have the potential to be more engaging than other types of communication. Alternatively, the creator can opt to put a bit more time into making their video message, resulting in a lot more detail than with a basic spoken or text-based message.

When would a video message be useful? Building better work communication.

People can generally talk much more quickly than they can type, even when talking relatively slowly to ensure that they are being clear and specific. This means that as long as you already know what you want to say, recording a video message will be quicker than typing an email. It’s also much easier to get across tone of voice and context in a video – emojis can help in text, but they can be easy to misconstrue, especially between generations! Think of a video message as a voicemail for the 21st century.

Unlike chat and email, video communications make use of your voice, face and screen to guarantee your message’s purpose is met. A video message can also feel more personal than a text-based email. So, if you’re delivering an update on a project or a company review, a ‘vlog’ approach can go a long way towards making the recipient feel involved and valued.

During busier times (when deadlines are looming, for example), sending a quick video instead of using other, more long-winded communication methods respects your colleagues’ time. It’s also a lot easier to take in. Thanks to video messaging, teams can reclaim valuable lost time while getting more work done. This is by replacing unnecessary meetings, phone calls and emails.

How can I send a video message?

Using XSplit Capture, sending a video message is easy! Simply select what you want to record and go! You can even add voice over easily! Once you’ve recorded your message, XSplit Capture will automatically upload your video to its cloud storage. You’ll be given a private link for the video which you can then send to your colleagues, giving them access to your video, but without that link nobody else will be able to find it.

Once you’ve got your link, it can be sent via email, Slack, Teams or any other system your company uses. The video message will stay secure on the XSplit Cloud so you could send the same link to multiple people. Perhaps everyone in your team as a product update, or to multiple potential customers as a quick introduction to your product and an invitation for a more in-depth demo at a later date.

Want to make a more complicated video? XSplit Presenter lets you add your camera, Google Slides, websites, videos and even guests! This is perfect if you want to send a lot of information that would normally involve attachments. Now, you can just send a complete video and get everything across easily!

Even if you’re confident delivering speeches or presentations, there’s always room for improvement.

Perhaps you’re testing a piece of software and you’ve found a problem. Rather than listing the steps you’ve gone through in an email, it’s much easier to record your screen while you run through and recreate the problem. You can then send the video to the developers as a simple, clear bug report. This is really going to lead to some better work communication!

Or similarly, perhaps you’re having some computer problems. Sending a video to IT allows them to see exactly what you’re doing, shows them any error messages that appear and may allow them to see details that you didn’t realise were important – which all speeds up finding a solution.

Maybe you’re an office manager and want to send out regular updates to your team. Doing a piece to camera feels far more personal and is more likely to get their attention than sending out a bulk email.

A video message could also be used in a report to your manager. You could include a graph with some annotations – maybe arrows that move around to point to the bits you’re talking about. Think of this video message as a shorter and simpler version of a Powerpoint presentation, but one where you can tweak the voiceover to make sure you’re saying exactly what you want to say as you’re not live.

Video messages have great potential in business situations, as they can be quicker and more engaging than trying to explain something with words. Check out how to go even further with your videos with our blogs – the sky’s the limit!

Laurence BogleLaurence is a freelance content creator, specializing in photography and gaming videos. He also enjoys skiing, track days, and amdram, and is looking forward to getting back on the piste, the racetrack, and the stage when the world returns to normal.More from this Author