A force to be reckoned within the Minecraft community, Matt “Sevadus” Zagursky has quickly garnered a dedicated audience spanning the globe thanks to his highly interactive streams and jovial presentation skills.

In the midst of the Mining for Charity live streaming event, we had a chance to catch up with Sevadus for an in-depth interview spanning his broadcasting activities, pioneering upcoming musicians and how he uses XSplit to produce his own streams.

In our first installment of this three part interview we chat with Sevadus about his day-to-day streaming activities, his involvement with Mining for Charity, pleasing his most dedicated fans and whether the Minecraft community really is the best gaming community around. 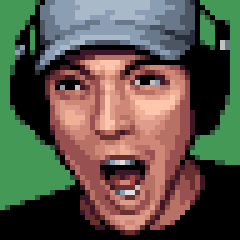 For readers unfamiliar with your channel, could you tell us a little about yourself and how you got started with live streaming?

Sevadus: About two and half years ago I was really bored one afternoon, I was living in Texas and it was cold outside so I just sat on the computer and then happened to find Justin.tv. I saw that a lot of people were playing video games and decided to check it out.

It was that boredom that drove me to watch it for a few days and i was like “You know what? I could play video games and talk to people, I could do this” so thats what I did. At the time i had gotten bored playing video games but through streaming I was able to play in a whole new way because there’s always people to keep me company.

So I know you’re currently involved in Mining for Charity, could you tell us a little about your involvement and what viewers that have never seen it can expect from it?

Sevadus: Mining for Charity is a really really big event funded partially by Twitch and partially by auction to support charities of our choice. There’s something like forty-two different broadcasters involved and all of us play Minecraft on a regular basis.

Essentially, we were broken up into four teams. I think it was eight people that compete each week on each team, some of them sort of switch in and out and it’s four weeks of competitions with the winning team taking home five thousand dollars, whereas the alternate winning teams (see, I keep a positive spin to it) have charity auctions divvied up amongst them, which interestingly enough right now is actually giving more money than 5000 dollars to second place, but it’s a little detail (laughs)

Did you make that change happen? It wasn’t like that initially right?

Sevadus: Yeah, I think it wasn’t communicated if that was the case originally, but we sort of got it out there and made it public and made sure that every charity was getting treated well.

I understand that part of the way the event is structured at the moment, is that there are some organized mini games, a few of them have been quite brutal so far. Could you tell me some of your personal highlights?

Hmmm, highlights? There are a few (laughs). I am no expert at Minecraft mini games and Minecraft PvP, I usually build things and build really big complicated things. I guess the whole highlight of the event for me is just having fun. It’s not all that often that all of the broadcasters get together and are able to chat and play, it’s very very rare in fact. So the fact that we can all get together on an organized event and just have fun together has really been the highlight for me.

But the mini-games? (sighs) they’re ok. They’re Minecraft mini games so they’re fun and people that have a lot more experience in the games obviously do a lot better than my team, but we’re not there for that, we’re there to hang out with each other and raise some money for charity

In your opinion what do you think it is that makes Minecraft such a great game for streaming?

Sevadus: It is such an expression of creativity or it can be about going out and murdering people in PvP, or it can be building big super impossible logic structure circuits. The fact that Minecraft is so diverse in what you can do in it, it’s a sandbox in the truest sense. It really lends itself to any type of broadcaster to really do anything they want to in it. If you’re the type of broadcaster that doesn’t necessarily like to interact with chat and like to be really involved in the game, you can do hardcore PvP and zone into the game, or if you’re like me and you’re somebody who is incredibly interactive, it’s also the kind of game where i can just turn my head whenever I want to and I’m not going to explode and die too often in the game.

Would you actually say the Minecraft community is one of the better ones?

Sevadus: I would be possibly lynched, but I will say yes, I think the Minecraft community is the best single video game community that exists. It’s just in the nature of the people that are involved in it, as well as just how their business model reflected how much they care about their community and it’s really a fully community driven game at this point.

Are there any games you enjoy playing at the moment outside of Minecraft?

Sevadus: Yes! Right after this interview, I’m going to go play a mod for Arma III called Battle Royale which I’m definitely into. I’m really into hardcore survival games like Day Z, Battle Royale and Wasteland and all those sorts of games. That allows me to not just play games I really enjoy but also connect with a whole bunch of different communities. Not just the Minecraft community but a whole bunch of them. And it sort of allows me to connect with friends in that community as well. The way I connect with people is through video games, and the fact that I enjoy such a variety of video games and I have friends that also enjoy those video games as well is really nice. To just be able to switch off and play with other people I don’t necessarily get to talk to all of the time.

We noticed recently that you’ve been talking about a Studio Camera. Can you give us more details about that?

Sevadus: So last year in January 2012 I did a 24 hour broadcast for a month. It was sort of an experiment to see live casting. I live casted in college back in undergraduate as part of a project, but that wasn’t interactive at all. It was me just literally having a camera in my room and seeing how that went as I was doing it for a project. It was really creepy, I’ll admit, but then I did it again a little bit last year as sort of an experiment to see how it would go as I didn’t really have anything to do for a month. It was ok.

I have this thing where I like to give back to subscribers, because I feel like a thank you isn’t enough for people that are actually financially supporting me the way they do, and i always come up with perks and one of those perks is the studio camera where they can basically have an overview of what’s going on in my studio while I’m live. I’m not saying this will be a 24/7 thing but it will be up at least some of the the time when I’m in the office, as it gives my subscribers a little bit of insight into just what my daily life is like, because these are people who have chosen and they don’t just want to support me with a follow. They feel it’s important to financially support me, and so this is sort of a way to give them a real insight into who I am and the personality that I am. I’m not really different than I am on stream, I mean i’m the same person, but let’s face it. Everybody likes to be a voyeur sometimes and it gives (the followers) that voyeuristic perspective into what I do in my studio.

Once again it’s the connection that the viewer has with the personality. If it’s a personality based broadcast, a lot of viewers really want to know everything about what is happening in your life, “what kind of pizza did you get”, you know? everything! And you know, providing a little bit more of that will make them happy.

Can you tell us about any other events you have coming up later this year?

Sevadus: So Mining For Charity is the big thing still going on right now and I am sort of focused on a whole bunch of stuff that will be taking place in the fall which I can’t really talk about right now, but in the fall there will be a ton of stuff surrounding my channel.

Right now we are doing weekend and weekly promotions for different awesome MMO video games. We’re bringing developers on the show, stuff like that, which is working out really well and then throughout the summer there is a bunch of new music releases and the artists from a whole bunch of new albums are gonna come on the show. We are launching, I think, seven or eight new albums on my channel, this actually being the launch party, which will happen this summer, which is pretty intense and there’s lots of awesome music coming up.

Thanks to Sevadus for taking the time to speak with us. You can follow Sevadus on twitter @Sevadus. Make sure to also check out his stream via twitch.tv/sevadus and visit www.sevadus.tv to keep track of any upcoming events he is involved in.