Welcome back to the final installment of our three part interview. To wrap things up we decide to cut loose and ask some of our most burning gamer questions. If you’ve ever wanted to find out some of Day[9]’s favorite streams, or what he’s currently obsessed with now’s your chance! Interview parts one and two here. 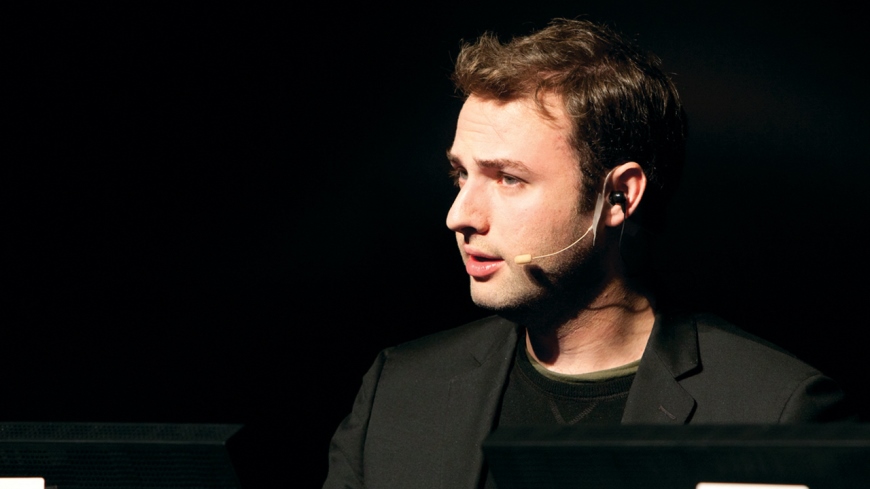 So what are your thoughts on competitive gaming and eSports in general? is StarCraft 2 dead?

Sean:(laughs) “aww man you know I would describe that eSports is finally getting to the level where it belongs. Not on any sort of ideological level it belongs, but there’s a hundred million gamers who are into eSports globally and who have never had the tools to be part of it.

There’s no stadium that you can go to, so the fact that Live Streaming like Twitch.TV has done an absolutely amazing job at growing the space. Now all a sudden, all of the tools are in place its just more of an infrastructure thing, like how do team houses work? How do the economics of it work? Not in terms of it being positive versus negative but how there is many different ways to monetize all of that stuff, so I think it’s in a very healthy and ever changing space. i’m sure the experience in the last four years has been very rapidly twisting all over the place and in different directions. Regarding StarCraft 2 specifically, every single game that has come out in the last ten years has had all these sorts of crazy rises up and then like these catastrophic crashes down and StarCraft 2 has had a crazy rise up and now its just kind of like settled at a very sort of calm clip and I think that many people who only see eSports starting in 2009, so they’re used to things only going up, but I think every  game hits a sort of natural settling point. To a certain extent I think the eSports space is healthier than ever and StarCraft 2, I think its safe to say is nowhere to even remotely being dead. It’s doing great! Blizzard has WCS on three continents now.”

What do you feel was one of your favorite moments from the Day9 daily in 2013?

Sean: “The whole year!?” (pauses) “you know for me, probably one of my big moments was actually playing through A Link To The Past. I think much like any nerd, I’ve had a backlog of games that I’ve never got quite around to playing. Link To The Past is one of the most important games in the history of gaming.

Its so essential and, I started it like four times and not gotten far and to of been able to of beaten that and also to of shared the experience with everyone there was just so nice and warm, because the game came out around twenty years ago and its so old, and to see people in chat go “oh my god, you’re slipping on that ice!? I had a horrible time on that ice too” and I felt really connected with the audience on that one. So that was probably my favorite one there.”

Sean:“So my favorite kind of content to stream are games where there are a lot of opportunities for discussion, like games that have that “here’s what I would do differently” – like SimCity  for instance, I really enjoyed talking about what they would of done differently, or a game like Hearthstone.

I really like streaming Kerbal Space Program might be one of my most favorite games I’ve ever streamed because its so possible for things to go so wrong and be like “oh my god!? he’s doing what!?” every person will have a unique experience in that game and that’s what makes it fun! Because the audience is being able to bring their own unique experience to chat, and I’m getting to see that, and read their “tips” and then violate and make an abomination of a spaceship. So that’s one thing I really like, but as much as I do love games like The Last Of Us, those are very scripted and are not as fun to live stream and I would much prefer to just play them offline. For the ones I like to follow? Speed Runs man, oh god speed runs so much, like Speed Demos Archives I absolutely just love watching them so much!

What are your plans for 2014, do you have any big projects on the horizon?

Sean: “Oh for certain. There’s the usual things you know like making StarCraft content and playing some Hearthstone, (rather poorly) I’m pretty bad at that game but I’m still doing it. There’s just the usual stuff, but the big thing I’m really excited about is Project Atlas, it’s what we’re working on with Artillery, and the technology is just the sickest thing in the universe. Imagine your favorite game, and you just got a new computer and you’re like “alright, lets do this!” and you open up Steam, and then you have to begin the download and then you install it, and then there’s a patch and you’ve got to download the patch and then a little time passes and you’re like “alright it’s been four hours! time to play!”

With the Artillery platform, I just send you a URL and it says “loading!” and then fifteen seconds pass and boom now your in your game and ready to go. In a sense, we have really really simple flash games that worked like that before, but imagine if you could have fully 3D animation with lighting effects, particle effects and it looks like any old triple A game, but you just clip the URL and you don’t have to install anything. You could do it on a brand new computer, and that’s what I think is really really cool about the platform, and now that exists all we’ve gotta do is make a sweet game right? easy-peasey! What I can do now is take all of my nerd thoughts about growing up and playing RTS games about Warcraft, Command & Conquer, and Starcraft and try to expand the RTS genre. So that’s what’s going on in 2014.”

The XSplit team would like to thank both Sean Plott & Eric Buckhart for helping us with this lengthy interview project!