Wanna Level up and Stream Events but on a Budget? 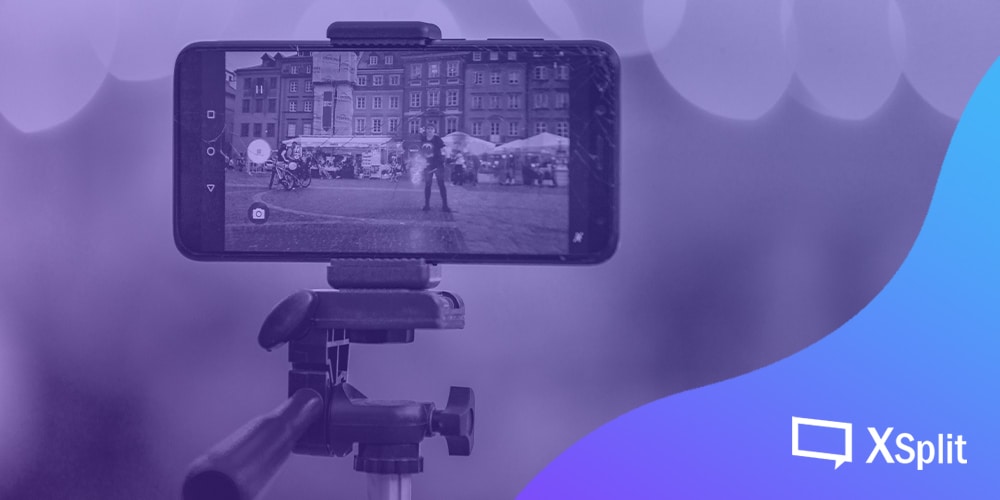 It starts differently for everyone, for some it may be seeing a big gaming event being streamed. For others, it’s simply a desire to see their own small local event get streamed online. Meanwhile, there are those who are simply looking to expand their personal brand into something bigger. Whatever the reason, some streamers may want to go beyond just streaming from their homes, to actually casting a small event.

Now for a few people, however, this is also where they hit their first stumbling block. Going from streaming at home to actually streaming an event, no matter how small, is quite a big leap. The extra hardware required, and the accompanying costs can scare off more than a few aspiring event streamers.

Ironically, the fact that streaming is so much easier these days can make this step feel even more daunting. Streaming on a personal level is so much easier these days than it was a few years ago. As such, it’s easy to look at all the equipment used by other people, especially those who’ve already established themselves and get discouraged because of how expensive it all looks. People end up falling into the trap of thinking that you need a similar, expensive set up to stream an event.

The key to avoiding this trap is to break an event stream down into what you need to capture, and then figuring out how to best do so within a small budget. In other words, focus on what actually needs to be streamed, instead of acquiring equipment that may not even be necessary.

Breaking down your sources

At its very core, streaming simply involves capturing feeds from a number of sources, and then mixing them together to broadcast over the Internet. Moreover, there are actually only two kinds of sources: video and audio.

For streaming on a personal level, this breakdown is pretty simple. The game being played provides both a video and audio feed. Meanwhile, your microphone and camera provide a second audio and video feed respectively.

Now, most personal computers can easily handle this. At most, all you’ll really need to spend extra on is a capture card if you’re capturing from a console or a second computer.

When streaming an event, however, both the number and video sources increases. And most computers aren’t really built to handle multiple sources well, at least in a way that’s easy to manage for putting out a quality stream. This is especially true for something that you should consider to be one of the most important parts of a stream — audio.

Calling audio one of the most important parts of a stream may sound surprising to some. However, if you think about it, it’s the audio, specifically the commentary provided by you and your co-casters that really transforms a stream from just some people playing games, into an actual show worth watching.

Now, most streams for events and video game tournaments will most likely have at least two casters on the mic. Now, this is where things can start getting expensive because you’re going to need a mixer for this. Yes, you can try simply trying to plug in two USB microphones to a PC, but from experience, this is usually more trouble than it’s worth. A PC doesn’t really work well as a mixer, as such, trying to use it as one often results in badly balanced audio that can ruin a stream.

Of course, the issue with mixers, and audio equipment, in general, is that they can get expensive. The key is to remember what exactly you need for now and work around that, using a bit of creativity in the process.

Creativity is something that’ll go a long way when trying to keep down costs. When I was starting out with streaming events, I used a simple Behringer XENYX 302USB. Some of you may already be familiar with this as it’s an inexpensive, but decent USB mixer that is often recommended for streamers. Now while the 302USB does the only cost as much as a new video game, it has the disadvantage — it only has one microphone preamp.

For those not familiar with how microphones work, the signal coming from them is actually quite weak. Mixers use preamplifiers to boost these signals to something useable. The problem is that mixers can only have one microphone per preamp, which is a problem when streaming something like an event where you might have at least two casters talking over gameplay.

In my case, I worked around this issue by using a pair of cheap, 3.5 mm splitters to allow me to connect two headsets for casters to the mixer. Now, this comes with a caveat — this setup requires the use of two identical headsets (a pair of HyperX Cloud Stingers in my case) to work. You lose having fine control over the individual casters since the mixer wasn’t designed to manage two microphone sources. Using two of the same headset ensures that the same quality signal is coming from both.

Now while there are other ways to play do this set up that may be just as cost-effective, one of the reasons I chose the Xenyx 302USB is the fact that it’s something that can, and is used for personal streaming. Should you decide that event streaming is not for you, you can still continue to use it. That said, should you continue to stream events, it is also easy to expand this setup with a few extra bits of hardware.

Video feeds, and why you shouldn’t overload your USB ports

Now adding additional video feeds, usually, caster and player cams sound like it’ll be much easier than audio. Just slap a few extra webcams (my personal favorite is the Logitech C922 webcam, which you can actually get with a 3-month XSplit license) on your computer and call it a day. However, anyone who’s actually tried to do this may have figured out that it isn’t that easy.

The problem with just sticking extra webcams into a PC is that doing so can easily overload the PC’s USB controller. 1080p and even just 720p video from multiple sources (including the game) do require a lot of data after all. Now, not all PCs will suffer from this, however, it’s something you need to look out for.

This is an issue I actually ran across in one place I help run the stream for — a small gaming shop called GamePad Gaming Lounge. This shop runs weekly streams and occasional tournaments (including a number of Tekken World Tour Dojo events), and I’ve helped them with setting up and running their stream. Since the shop was on a budget, we ran two Logitech C615 webcams for their stream set up. However, only one camera would work at any given time, due to the overloading issue.

To fix this, we elected to run the player camera at a lower resolution. We decided to do this because the feed from this camera was never shown at full screen — it was always part of the layout on another scene. The caster camera, on the other hand, had its own dedicated scene that was at full screen.

Streaming events can be a satisfying direction for any up and coming streamer. A number of known streamers, including some who are now at Xsplit, got their starts this way.

Now while it can be an expensive endeavor, as I’ve explained above, proper planning and a bit of creativity can go a long way to keeping your costs down.

Plan what you’re streaming, know what it is you need to stream, and build around that, not around some dream build that you cannot afford. Be open to both the idea that you may want to upgrade in the future, as well as the fact that you may find out that event streaming is not for you.

More importantly, be creative in how you set up your stream. A little bit of extra thought and effort can go a long way towards finding ways to avoid having to spend a lot.