Problems You Find On Your Stream 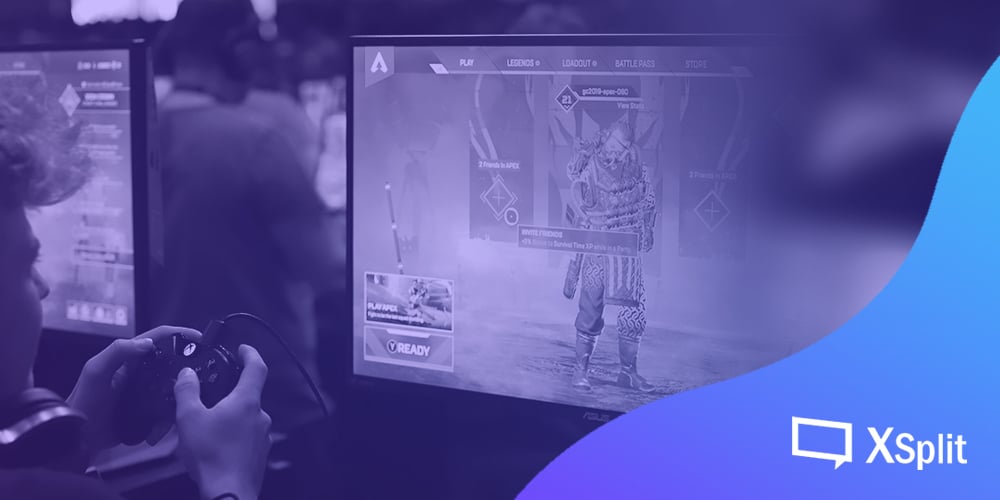 Streaming is a great way for players to share their own personal gameplay experiences online in real-time. Here gamers have the chance to display their talents while sharing their own unique reactions to certain set-pieces to entertain people. All you have to do is just be yourself, this is a great way for players to kickstart their online gaming careers, by putting themselves out there, and finding an audience who wants what they have to offer.

Here are three of the most common problems that people face whenever they’re trying to do a live stream.

This is something a lot of first-time users find themselves facing whenever they try to live stream themselves gaming. They try to use the live gaming feature on their console or PC, but then they get a warning saying they don’t have enough signal strength to broadcast, and when they try to share their gameplay anyway, they end up getting cut-off in the middle of playing.

This can happen unexpectedly too, sometimes you can’t even start broadcasting video for more than ten minutes without the signal cutting off, other times you manage to record a live stream for more than an hour before the video starts to cut out.

This happens for a multitude of reasons, one can be because there’s more than one person using the wifi in your house, and you don’t have enough internet to share. Or it can also mean that your wifi connection doesn’t have enough gigahertz to support a live broadcast, which is understandable.

For players who want to record videos of their gameplay or do a gaming livestream, you’re going to need a network connection strong enough to carry your broadcast for as long as you need it to.

A lot of general wifi networks don’t normally have the capacity needed to properly support a video stream, and uploading one takes up a lot of data, but that doesn’t mean you should start spending money to better upgrade your plan. There are other options you can go for so that you can save money, and apply for another data subscription.

The best solution you can look for is to use the XSplit Broadcaster software in order to give you a better signal strength connection that can support video streaming, and uploading. This streaming software will allow you stream yourself doing gameplay, or a podcast for as long as you want, hours on end without having to worry about getting cut-off. XSplit will also allow you to upload pre-recorded videos faster in a matter of minutes instead of just hours.

There are going to be few instances when your streaming, and you’re going to find the sound quality on your videos to come out a little choppy, the audio will probably start cutting in and out while you’re talking, and you might hear some static on your chat frequency.

For players aiming to be the next Pewdiepie, or the next Ninja, it’s one thing to want to simply broadcast your gaming footage online, but it’s another to want to be able to showcase your own reactions and personality while playing. And in order to do that, you’re going to need the right set of equipment so that you can capture everything you say and do while you’re playing.

First-time players will probably want to resort to using the earbuds that came with their console-setup, which will work for a few months, but after a while, they start to get worn out, and they begin falling apart. This means you’re going to need a proper gaming headset with a built-in microphone so that you can hear your teammates online better.

As for the microphone, you can have the option to use the one built into your headpiece, but if you plan on using your streaming channel for a podcast or to record commentary, getting a high-def recording mic so that you can get a clearer sound quality on your channel.

If you don’t take good care of your gaming system there is a definite chance that it will break down while you’re playing, either from loose snack crumbs, or from a broken exhaust fan in your system, or worse…

Any computer owner can tell you that there are plenty of different ways for you to wreck your system, a lot of them are pretty obvious, but there are times when you could be breaking your computer without really knowing it. One day you’ll find yourself online, and next thing you know your cursor won’t move, or your screen froze, and next thing you know, you’re going to have to buy a new computer altogether. This can mainly stem from accidentally downloading malware data from random browsing sites, or from a lack of using your computer’s built-in antivirus software.

In order to prevent this kind of thing from happening, or from happening again, it’s important that you get a security software that can actually tell you which you surf websites are actually harmful to your computer before you actually log-in to them.

Another thing you need to do to keep your computer safe is perform regular quick system scans on your PC on a daily basis (at least) in order to make sure that there aren’t any problems with your software updates.

And along with doing quick scans, you should perform a full security scan at least once a week, in order to be extra thorough. Full scans take about two to three hours, depending on how much data and programs you have stored in your unit.

These are all pretty common accidents that happen to a lot of gamers, especially for the first-timer streamers, but as long as you remember to learn from your past mistakes, and have all the right equipment ready, you should be fine.

So have fun and try not to accidentally set your system on fire.

Matthew MendezMatt is a Communications and Media studies graduate from UST, and an avid gaming fan who loves the industry just about as much as the next guy. He's a die-hard Playstation fan and has been ever since he was a kid and doesn't plan on changing that anytime soon. He also believes that Crash Bandicoot is his spirit animal.More from this Author