As some of you already know, our company has been growing quite a bit in the past couple of months with our acquisition of Player.me and Challonge, and recently Strexm and Stream Overlay Pro.  Having said that, we thought it would be of the community’s interest to get to know more about our other products by interviewing the key personnel behind it.

Today, we will be interviewing Erick Rodriguez who is responsible for a really cool stream overlay tool currently in-development called ‘Stream Overlay Pro’. As part of the acquisition, Erick has now joined the SplitmediaLabs internal development team. 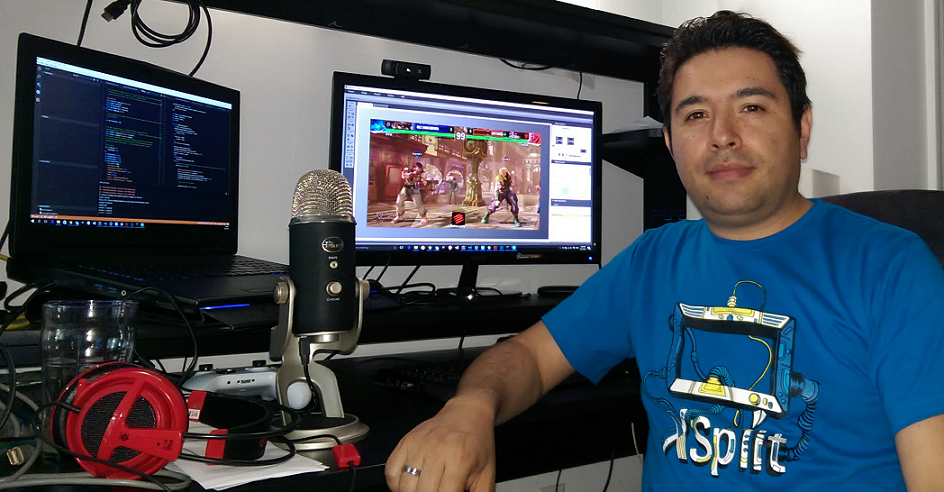 When we announced our acquisition of Strexm.tv, we also mentioned that we have agreed to have Erick Rodriguez of Stream Overlay Pro join the SplitmediaLabs internal development team.

Get to know more about Erick and Stream Overlay Pro in our interview of him below.

Tell us a little about yourself, your background and what you’re up to

Erick: Hello! My Name is John Ericson Rodriguez (please call me Erick, my full name is quite long), and I’m the inventor and head developer of Stream Overlay Pro. I have a degree in Computer Science from the Universidad Autonoma de Colombia in Bogota city, and since I got my degree I have been working for companies related to Internet, media and publishing in the last 15 years in diverse countries around the world. I master the arts of Publishing, Web Developing, GUI Designing, jQuery/PHP/CSS3/HTML5 scripting. (yes, because programming should be also an art :D). I’m married with a beautiful Filipina, we have a 3 year old boy and I love Fighting games, and programming.

What is Stream Overlay Pro and how does it differ from other similar tools?

Erick: Stream Overlay Pro is a very unique product on the market: It allows you to create powerful dynamic overlays for video streaming productions without making the user to write a single line of code. Over the past several years I have seen how overlays for game tournaments were built and it is quite exhausting to have a creative process where you have to involve programming.  To achieve this new paradigm, Stream Overlay Pro is a package that is composed of two main components:

The uniqueness of Stream Overlay Pro provides a new paradigm in streaming production, since there are no designing tools specifically designed for the purpose of streaming.

Also, when you create projects for your stream using Stream Overlay Pro, what you design is 100% compatible across popular streaming software*, including both XSplit and OBS, so you won’t be tied to a specific application.

I encourage you to read this post I wrote some time ago:https://www.streamoverlaypro.com/introduction-stream-overlay-pro/, this will give you some moreinsight.

*Depends of their internal architecture and how those applications render HTML

How do you see Stream Overlay Pro benefiting broadcasters in the future?

Erick: Stream Overlay Pro benefits not only the gamer on his home production, but also big organizations that need a quick and professional tool that allow the creation of powerful productions. With Stream Overlay Pro streamers won’t have the limitations of learning a computer programming language to create dynamic overlays. In exchange, they have absolute control of the design and they adjust overlays in real time if an urgent change is required.

For that reason Stream Overlay Pro provides to the user a set of behaviors that can configure each aspect of the overlay (alerts, data feeds, dynamic events involving images or media, you name it).

I feel the streaming community we address only want to play their games and it is difficult for them to create dynamic overlays : they have to go over the process of learning computer programming and do test and trial on the process or to go over a complicated process where they probably won’t get what they need which could be very frustrating; so for this reason Stream Overlay Pro can help them to achieve in a considerable short amount of time what they envision in their minds.

Can you give us some insight on what the “grander vision” for Stream Overlay Pro looks like?

Erick: I believe Stream Overlay Pro is going to be a game changer in the higher end stream community: it is not only addressed to high-end productions, but also aims to provide the streaming community with a tool that can provide benefits and value for casual streaming.

Being acquired by SplitmediaLabs is a real honor, and a dream for people like me who enjoys video games and programming. We share visions regarding the gaming community, and this gives to Stream Overlay Pro incredible potential to have a synergic relationship with XSplit Broadcaster in order to provide to our clients powerful tools to create incredible productions.

Also we love what we do, we love games and we work with passion to achieve our objectives. So based on this shared vision I think Stream Overlay Pro can help the entire streaming community.