How to Host A Live Talkshow or Podcast: Actionable Tips 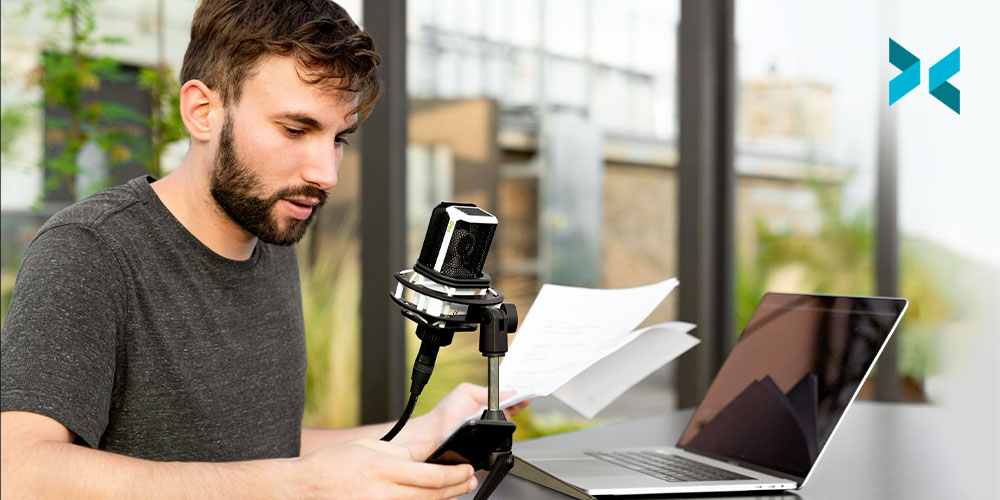 Hosting a podcast or a live talk show is something I have a bit of experience with and honestly, the live element is probably the most exciting part for me! I’ve hosted TV shows, live stages, interviewed a bunch of people in a live environment, and been a part of a number of podcasts. With all this, I have developed some hosting tips and experience that I think will help make your life easier when it comes to doing it yourself!

This is probably one of the biggest elements a lot of people tend to skip and the thing that can make your life easier! The first thing I like to know if I have a guest is what are the key points they’re going to be discussing? By this, I mean what are you talking to them about. In my case, a lot of the time I was talking to game developers about a game that had either just come out or was set to be released so. So, key points there would be the name of the game, its release date, the platforms it’s releasing on, etc. There would also be other larger themes like a specific gameplay mechanic or theme they wish to highlight. Ideally, I’d find all this out long before the interview took place over emails with the person or a PR representative. Be sure to ask for this information, however, as it’s going to inform the run of show, something we’re going to discuss later in these hosting tips!

If the subject you’re going to be discussing is a piece of media, my hosting tip would be to make sure you consume that media! As I said, a lot of my guests were game developers so, ideally, make sure you play the game before you talk to the developer! Or you know, watch the film, listen to the album, read the book, etc. If you can’t, for whatever reason (it’s not released yet, it’s not even finished, etc) then be sure to tailor your interview to that and ask the appropriate questions based on your genre knowledge. Now, you won’t always have that depth of knowledge already on the subject you’re discussing but this is something you can research as well so you are at least grounded in the terminology you’re going to need to conduct your interview.

This, to me, is a key point because one of the two main jobs I believe you have as an interviewer is to inform the audience about the subject your interviewee is discussing. Most of the time, the person you are interviewing is perfectly capable of doing that themselves, but I believe when you’re dealing with a complicated subject it can be important for you to break down the answers people give. A classic example would be to say “So, you’re saying..” and quickly summarise what they’ve just said. I wouldn’t, however, do only that, try to say that and at least ask another question in relation to that, saving you from repeating the same point for those who did understand the answer given. Also, again, your own depth of knowledge is what is going to mean you knowing when something might be complicated and require that kind of explanation.

The run of show is one of the most important documents you can get and something I advise you make use of in these hosting tips! If you’re working with a producer, they may make this for you but if you’re pulling double duty you really should make one for yourself! The run of show is essentially a long list with some expanded details. Not only the interviewees’ name and social handles/websites want to go in there but so do the key points you’re going to want to hit. Another key thing you’ll want to have in here is timings.

So, for example, when I would host the Indie[dot]XSplit showcase stage at places like PAX we would have multiple guests on over the course of a day to discuss their different games. Everything would be timed out as we are only allowed in the convention center halls for a set time and the guests were also showing their games on other stages and at their own booths. Knowing how long your guest is booked to be there is important because you have to make sure everything sticks to these times, not only for your own show but as a courtesy to the guest. They don’t want to be late for everything they have to do that day because you let the interview run over.

One hosting tip that can be useful, if you’re working with a producer, is to have them display some of this information, as well as a clock, using XSplit Broadcasters projector mode. This is something we used to do for our shows, just a simple scene with this information on “finish at 14:30” and a clock so I can see how close to that time I am. This is then projected to a monitor which is being displayed in front of me on the stage! It saves having too much info in the form of notes and keeps you able to stay ahead of time. It’s also a great way for the producer to communicate anything to you live during an interview!

Keep it positive and comfortable

So once you get to the day of your interview there are still a couple of hosting tips I can give you before you go live. Once your guest arrives, make sure you say hello to them and set the tone right from the start. You’re relaxed, positive and you know what’s going on and what’s going to be coming up in the interview. This is not only a professional courtesy but it will help someone who might be a little nervous getting interviewed in a live situation, possibly for the first time. Find out how they are doing, how the day is going, and double-check if there are any other key points than the ones you already have written down that they would like to make sure you hit in the interview.

Now when you get into the interview itself, you should introduce your guest so something to do before the interview is ask how to pronounce their name and what their pronouns are. You may think you know how to pronounce someone’s name, and you could well be right, but starting an interview off with the wrong name isn’t the best way to start. I’ve been guilty of saying a name wrong, I’ve even been guilty of the worse “introduce yourself”. This is, for you, easier, but for your interviewee, it’s putting them on the spot and not really giving them enough of a brief as to how much information they should be giving at that point. Always introduce the guest!

For me, keeping the tone conversational is the ideal way to go. I think an interview should feel a bit like a chat more than a prescribed set of questions going one after another. This, to me, means not holding yourself to where you think the interview should go, if everyone is having fun discussing something and it’s still serving the point of the interview, follow that! If something funny is said and your guests are having fun, stick with it! Don’t forget your key points, however, as you need to keep the conversation on track and hitting the key points we discussed earlier.

If the conversation does take too far of a shift away from the key points you’re there to discuss it’s your job to steer the conversation back. Ideally, you want to find a way to do that with what they’re saying but honestly, sometimes you just need to change the subject. Keeping that shift fun is important and it takes some experience but you’d be doing your interviewee a disservice by not doing that. Remember, everything you say should, ideally, be in service to what you’re there to discuss. Leave room for people to speak! Unless you’re telling an anecdote to relax the person you’re interviewing or to let them know “fun times are cool!”, it’s not your time to shine, it’s theirs!

It’s easy to try and fill time with a funny thing you want to say or going off on tangents purely because you’re enjoying them, but do remember why the person you’re talking to is there. And, why you’re there, which is as I said before to inform the audience but the second part of that is to get the best of the person you are interviewing. I truly believe that a big part of what an interviewer is there to do is show the person they are interviewing in their best light and leave the viewer/listener with the best impression possible.

One final, bonus hosting tip, from me, would be to always watch the people who inspire you or admire you in the interviewing field. To me, Graham Norton is one of the best in the world so I will always watch his chat show and listen to his radio show to get a sense of how he does what he does. Figure out what it is you really like about how they are interviewing people and then how you can incorporate that into your own personal style. I wouldn’t say it’s a great idea to emulate them but this kind of knowledge can help define your own style.