Everything You Need For A Good Game Streaming Setup 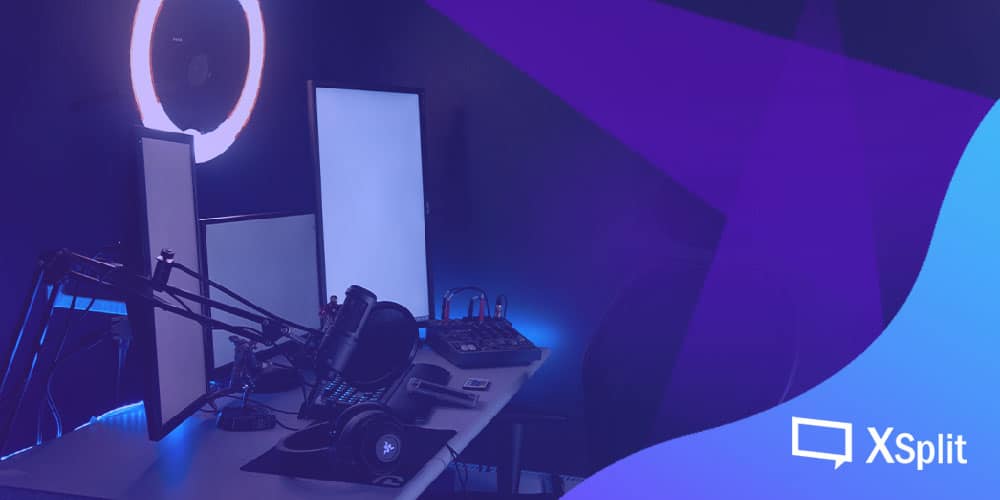 Gaming is more than just pressing buttons on a controller in order for you to get to the next level. For any gaming content creator who wants to be able to make a name for themselves; as a gaming influencer, you’re going to need a lot more than just a console in order to do it. Being a gaming influencer requires you to have the right personality and the right setup to make it happen. For the setup, there are a few things that you definitely need to have for good player experience.

The first thing that you’ll need is a private space to play in and record the content for your channel. The size of this room can vary between the size of a standard single-person bedroom, or something twice that size. You can also do game streaming in your living room, where there is more space for guests on your stream. Or enough space to allow you to experiment with streaming VR games.

What’s important in choosing your space is – if it has enough legroom needed to create content for your channel. It doesn’t mean you have to keep filming in the same place every time. There will be occasions that will require you to move locations if you plan on streaming for mobile broadcasts.

This is essential for every online gamer who wants to frequently do live broadcasting, a strong net connection will help allow you to keep streaming on your channel for as long as you want to, especially if you plan on streaming for hours on end more than once a day. A weak wifi connection can have serious effects on your video and quality, and more often than not, result in your stream getting spontaneously cut-off prematurely after less than five minutes.

A strong internet connection with XSplit’s Broadcaster, you can maintain a seamless combination that will allow you to be able to stream for as many hours as you want, without interruptions.

Two monitors can be optimal to get a better view of your game and stream without switching tabs all the time. While one screen’s used for gameplay, you can also use the other monitor to upload your content; while chatting with your followers or other streamers or schedule your next session.

This is obviously important for anyone who wants to do gameplay streaming online. You might want to use the same online console you’ve been using to play games in your living room. We recommend getting one that is specifically used for streaming, to avoid running out of memory in between sessions.

You have the option of using a wide variety of consoles for your streaming channel – like a Playstation, an X-Box, a Nintendo Switch, or the main PC you plan on using for your setup altogether. This depends on what your console of choice is, but that doesn’t mean you have to limit your gaming setup to just one. A lot of well-known content creators are known to use more than one console for their playthrough videos.

In order for a streamer to be more recognized among his followers, and have a more noticeable brand campaign, an HD camera can help with his promotion, and serve as a good mirroring device for practicing his facial expressions when he’s recording.

Game streamers can get more than one use from having a high functioning camera for their streaming setup, one of which is that it serves as a great device to use for promoting their own personal branded merchandise, like their t-shirts, or hats, or sweatbands. A lot of streamers would connect a green-screen with their camera set up so that they can remove the surrounding box of their chat window in order to make more room for their gameplay screen.

Along with being able to make visual presence with your online audience, it’s also important that you be able to have a verbal connection with them as well, which is why when you’re online, it’s recommended for you to have a gaming headset with a built-in microphone so that you can have better sound quality to project to your listeners.

Having a headset with a microphone attached will allow you to have a more personal impression with your gameplay, while also giving you the opportunity to work on the kind of vocabulary you want to use when you’re streaming. Gaming headsets are also important for when you plan on doing a multiplayer live stream with two or more other gamers, in order for you to be able to have proper communication with the other players on your team.

While having a well functioning gaming console and communications equipment is important, it’s also important that your setup includes your own personal gaming chair, like that of an office chair, your game streaming setup needs you to have a chair that you can be comfortable sitting in for hours on end. Professional streamers like “Ninja’ or “Myth” do game streaming for at least twelve hours a day, and at that time they need a sturdy chair that can handle the kind of hours they put in, and be able to adjust to the height and positioning they want.

An individual chair is great for single-players, but for channels that use more than one player for their videos, have more of a group dynamic, it’s okay to want to switch that setting to a couch, for more than one occasion.

These are just a few of the important equipment pieces needed in order to make sure you have the best streaming experience possible, in order for you to make it as a professional game streamer yourself, the rest is up to you. Good luck.

Matthew MendezMatt is a Communications and Media studies graduate from UST, and an avid gaming fan who loves the industry just about as much as the next guy. He's a die-hard Playstation fan and has been ever since he was a kid and doesn't plan on changing that anytime soon. He also believes that Crash Bandicoot is his spirit animal.More from this Author