It’s the third straight year that we’re powering the competitive folks over at European Speedster Assembly in their week-long marathon aimed at gathering the best speedrunners in Europe for a good cause. 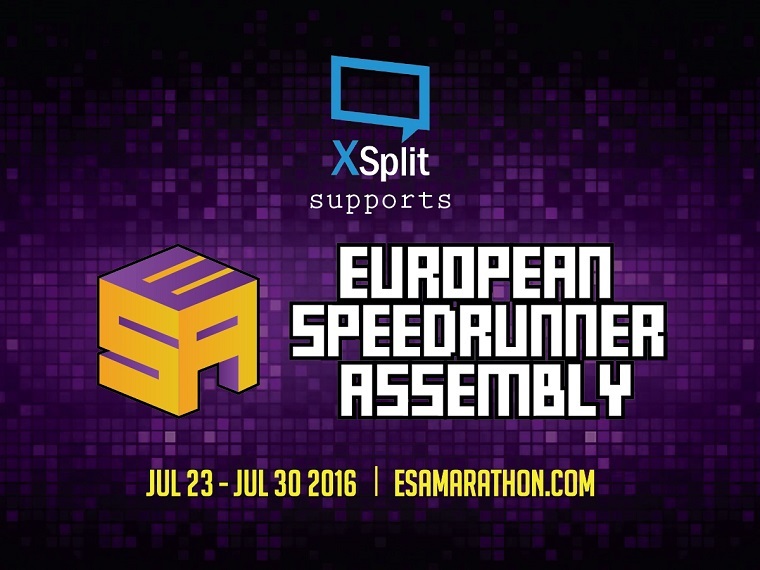 For those not familiar, ESA is an annual speedrunning marathon organized by the Swedish speedrunning community. It’s an event that is held in Sweden, but the interesting part is there are people from other countries who will attend the event either to speedrun or spectate. Their full schedule (including games to play) for the event can be found at esamarathon.com/schedule.

The event is powered by XSplit as they’re using XSplit Broadcaster to produce their live stream which will be available at twitch.tv/esamarathon with frequent updates tweeted on our official Twitter @xsplit for the entire duration of the event.

Make sure to show support to ESA 2016 by donating to their beneficiary of choice, the Save the Children foundation, a non-governmental organization promoting children’s rights and providing relief and general support to children. Here’s their donation page: gamingforgood.net/s/esamarathon#donate