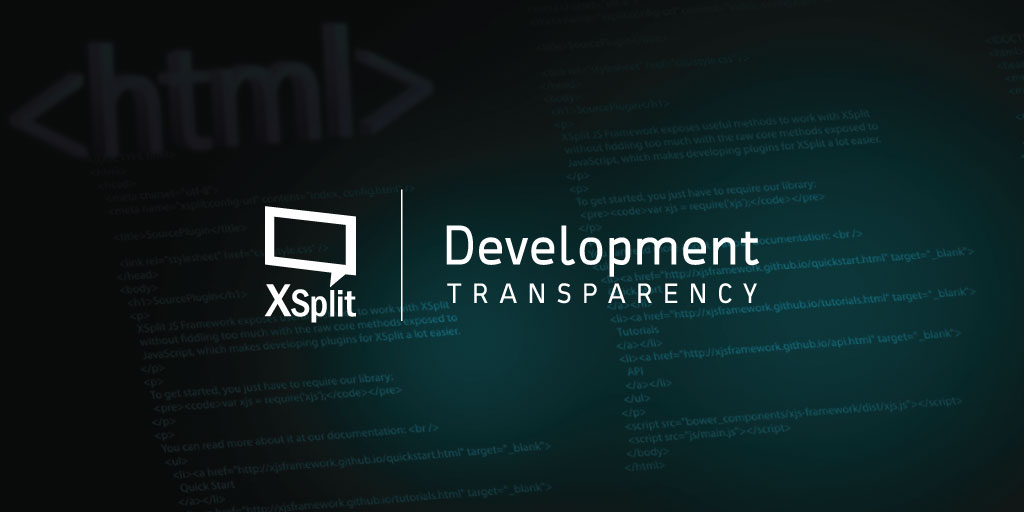 At XSplit we’ve kept our cards close to the chest to avoid disappointing our audience when inevitable setbacks happen. We’d get asked questions on a daily basis things like; When is the next release? What features will it contain? Can you add x feature? Our response would tend to be vague due to not wanting to get hopes up. However as our industry shifts (both gaming and streaming) we notice a trend of companies being very transparent in what is next for their products and even though they may not meet specified deadlines, users know what to expect.

Going forward, we at XSplit plan on being a lot more transparent by outlining major items that are being worked on and having a public facing roadmap for all of our products. On top of that, we also have a way for users to give suggestions and vote on their favorite ones through our XSplit Feature Upvote page.We’ll be consistently monitoring this to prioritise what feature will be worked on next.

So…what is next? Version 3.7 of XSplit Broadcaster has just been released with a smaller feature set. The main improvements being NVIDIA NVENC optimizations and a new type of scene transition, Luma Transitions. We’ve been busy working on a ton of cool new features that we wanted to release with 3.7 but felt it important we release what we have now so we can focus on a super awesome 3.8.

I’ve recently transitioned into the new role of Senior Product Manager for the XSplit team. Before joining SplitmediaLabs I worked as head of production for ESL UK and on top of that co-founded Strexm, an all-in-one stream overlay tool. My aim moving forwards is to develop closer ties with you, the community, so that you have more influence on our plans, and our roadmap. If you’d like to get hold of me and chat about XSplit, you can reach me on Twitter or feel free to join our Discord.

Over the coming weeks we plan to release 3.8 Public Test Release (PTR), but what does that look like? We’ll have two brand new sources in the form of Replay Source and Scene Source. Replay source allows you to trigger a replay (up to 30 seconds) of your current stream by either pressing a hotkey or by switching to a dedicated scene where you’ve placed the replay source. Scene source is a little more simple, it allows you to add another scene as a source which can be great for reusing layouts from other scenes. A much requested feature which is currently in the top spot on our XSplit Feature Upvote page is noise suppression for microphones. This feature will allow users to remove the majority of background noise on their mics.

And lastly, what I think is the most exciting new feature, the in-game HUD. This will allow users to control, monitor and interact with their stream from inside their game without alt-tabbing. You will be able to see live previews of your scenes, monitor audio, start streams or recordings and more. Using our pinned widgets feature, you’ll be able to keep an eye on your stream chat or events from inside your game without it being visible on the stream. Essentially what I’m saying is this is a single monitor setup dream and even if you’re not on a single monitor setup, it’s still super useful!

So that’s what’s in the immediate future. We’ll be continuing to look at and work hard on features we deem important but also prioritising from our XSplit Feature Upvote – Things like source grouping are right around the corner and we’re working very hard on making audio better across the board from better audio previewing to more advanced audio features.