What to Say In Front of the Camera When Streaming 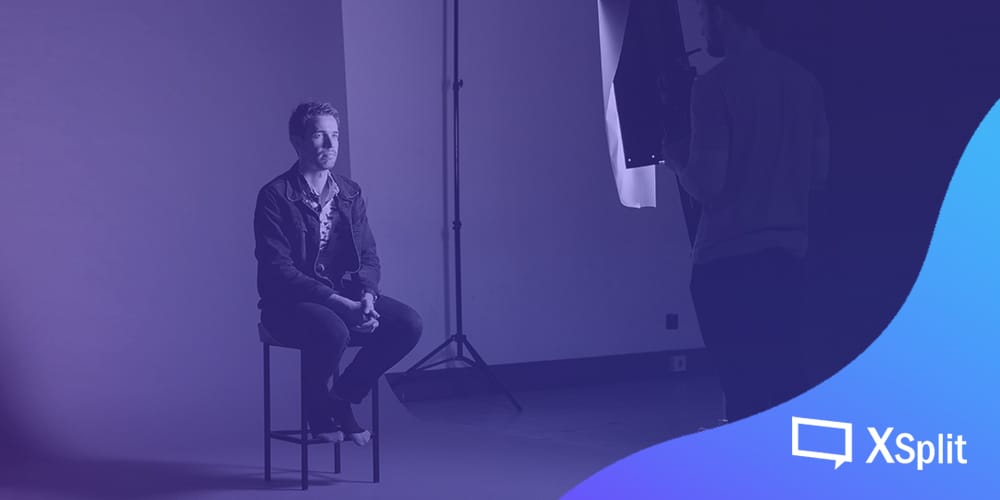 So, you’ve finally decided to make the jump. After some thought, you’ve finally plugged in your camera, added it to XSplit, and then told it to go live. But then, it hits you — you don’t know what to say in front of the camera.

Now, this is actually quite normal. Not everybody immediately knows how to speak out loud and connect with an audience. Indeed, being able to do so is something that takes a bit of time and practice to learn.

Of course, there are some people who are hit harder by this. We don’t even need to look far, I, for one, suffer from anxiety issues when talking to other people. Of course, anyone who knows me is probably scratching their heads upon hearing this. Didn’t I do commentary for a number of fighting game tournaments a few years back? Don’t I still help stream and cast a number of community events today? Well, yes I do, but that doesn’t mean I still don’t have these same anxiety issues. It’s just that I’ve learned to deal with them in a number of ways.

Fool yourself with the magic of the internet

One of the most beautiful things about the internet is that it offers separation between you and your audience. You don’t directly see your audience, so you don’t see exactly how many of them there are. This is quite helpful for people who aren’t comfortable with public speaking.

Popular Slavic YouTuber Boris, from the Life of Boris channel, recently discussed a technique he used in one of his videos. When recording a video or going on stream, he imagines that only as many people as he’s comfortable with are watching him.

In other words, he ignores the actual size of his audience. And imagine only talking to as many people as you’re comfortable with. If you’re fine talking with hundreds or even thousands of people, then imagine that. If you find yourself getting nervous talking to more than a handful, say five or six people, then it’s okay to imagine that number as well.

One trick I’d like to add to this is to not just imagine a certain number of people, but also a specific set of people (or even person, should that be the case). See, the number of people you imagine isn’t all that matters, sometimes it’s also who these people are.

Hide behind a “mask,” both literally and figuratively

One other useful (though sometimes dangerous) thing that any form of communication over the internet allows, is a level of anonymity. The internet has allowed so many more ways for people to communicate and express themselves without fully revealing who they are.

This anonymity can be applied to streaming as well. In fact, there are a number of streamers and content creators (especially from Asian countries like Japan) who tend to cover their faces behind masks. This is done to take attention away from themselves, and draw it instead of what they’re doing.

Of course, you don’t have to go through such lengths when you stream. You may simply be content to turn off the camera facing you when going live. At the very least, this allows you to lose that feeling of having somebody watching you (instead of your gameplay) when streaming. This works especially well when you’re streaming for a small audience who may already know you.

However, there are some times when you will have no choice but to have a live camera pointed at you when streaming. If you’re lucky, you may still be able to wear a medical facemask to help boost your confidence.  That said, you won’t always have this luxury. In these cases, there is another kind of mask that you can wear, a figurative one.

Many streamers tend to don a specific “persona” when going online. Instead of streaming as themselves, folks such as the popular streamer Dr. DisRespect, portray a created character when they go live. It’s very similar to how actors take on a role when on television or in a film. Or better yet, it’s like how professional wrestlers take on a different, in-ring character when they’re performing. This is done to elicit a reaction and for entertainment purposes.

Now, you may be thinking that portraying a character isn’t easy, and you’d be somewhat right. The key here is to create one based on something of yourself that you’d be fine with exaggerating. The best online personas and characters are those who draw from a bit of truth about the person who created them. By doing so, you won’t have to stray too far from who you are, which also means there’s less risk of you falling out of character and exposing yourself.

Whatever you do, enjoy yourself

Streaming has never been easier as it is now. Software advancement like XSplit Broadcaster made it easier for casual hobbyists to create good looking streams. In the rush to get into the hobby, we should not forget why we started streaming. People started streaming because they genuinely enjoyed sharing in-game experiences live over the internet.

With this in mind, you have to remember to enjoy yourself regardless of what method you use to get over your anxieties when streaming. In fact, it’s this enjoyment that’ll make it much easier to get over your fears. Conversely, the moment you stop enjoying it is also the moment when it starts to become much harder to control your fears and succumb to your anxiety.

In short, just be sure to have fun streaming, and you shouldn’t have any problems finding things to say yo your audience.

Franz CoFranz Co is a writer, esports professional, and tournament organizer who has worked behind the scenes in a number of tournaments and events in the Philippines. In his free time, he helps out with the streams and of a number of smaller local fighting game events as a way of giving to the community where he came from.저자가 작성한 다른 게시물