The Perfect Games for Chatty Streamers 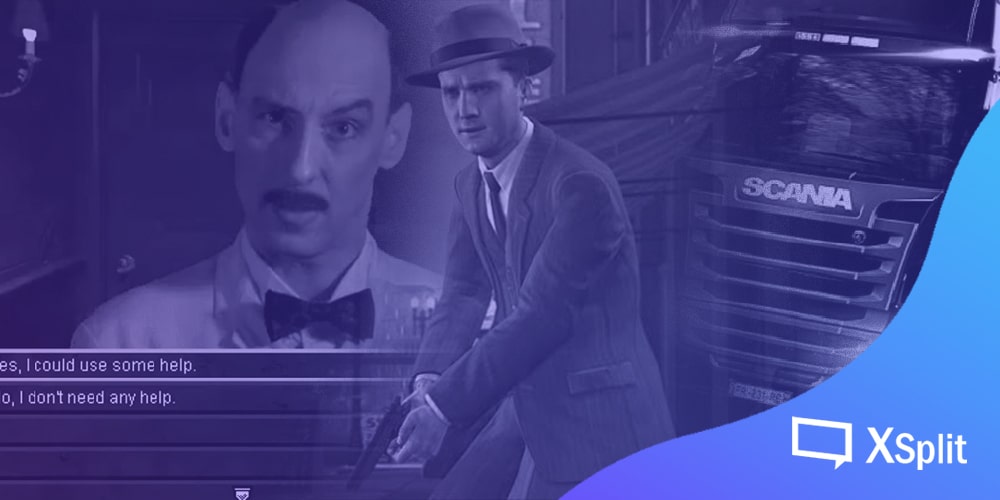 Streaming games is an easy proposition when you’re a pro player (well, as easy as becoming a pro player is which I’m told is “very hard you have no idea”), you can rely on your skills and pro plays to make a good stream. What if you’re like me, however, and are average at best at competitive games but like chatting with your audience? Well, fear not friends, here is a list of some games that I have found have the magic combo of space, fun and the unexpected. Perfect for chatting with your audience.

These games have grown and grown in popularity on streaming platforms and the ability to chat with your audience while you play is a big one. There’s a whole layer of gameplay where you can grow your trucking business but honestly, for me, it’s all about the road trip. Pick the longest journey, put on some relaxing music and sit and chat with friends. The chat is your co-pilot, the person on the other end of the CB Radio keeping you sane as you barrel down the road that never ends. The game keeps you focused enough while leaving your brain free to converse. Either of the Truck Sim games will work, though there is more variety and a larger modding community in ETS2 due to it being the older of the two.

Chris’s Top Tip: Play this game offline with your favorite music, it’s the most zen-like experience you can have in a video game. I imagine it’s the same experience people who like to “go for a drive” have but being a city dweller I never had a car. The brain is focused enough to disengage but free of distraction enough to just enjoy your music.

Imagine the advantages of a Truck Sim but with the need to keep both your car and elderly grandad in good health along the way? Keeping a chill atmosphere but with added drama such as your car running out of gas in the middle of a wooded dirt road, leaving you to walk forward hoping you find a gas station. Get to the gas station and find you only have enough money for half a can only to have to walk back in the dark. Tires will blow, engines will start to billow smoke and it all creates a wonderful emergent narrative that you and your audience have experienced together. There’s a narrative element to the game which happens around you, and I won’t spoil it here. Honestly, as far as chatty streaming games go this delightful indie is one of the best.

Chris’s Top Tip: You get asked if you want to take your grandpa with you at the beginning, do this for your first playthrough but after that leave him behind. You have your co-pilots in the chat and I think this is the game at it’s best.

Titanic: Adventure Out of Time.

Honestly, you could pick any adventure game but this one held a special place for me and my audience. Laughter, puzzle-solving and some of the finest B Movie acting you will ever see. Adventure games let you work with your audience to play the game while having a unique and, mostly, relaxing atmosphere where you have the time to figure things out. Finding older, more obscure FMV like adventure games is my jam and Titanic: Adventure Out of Time ticked that box mightily. Stop WW2 by finding a necklace? Or something like that? Who knows, but boy did I and my community have fun together as I streamed it.

Chris’s Top Tip: Go weird, old and wacky. GOG.com is the hook up here and the adventure yourself and your audience will be talking about for years awaits!

Titanic: Adventure Out of Time on GOG.com

So L.A. Noire itself isn’t exactly a slow, chill game but it has a lot of quirks. Again, there is an element of watching, listening and reacting with your audience. The strange facial expressions aside, there is a strong plot here and plenty of action. For me, this is also a great example of adding your own layer to a game as a streamer. An audience member of mine said, “you should do it all backward” and thus a new experience was born. Walking backward, driving backward, nothing is straight forward for Cole Phelps, The Backwards Detective. Something like this can be done with a lot of games and honestly made L.A. Noire an unlikely favorite of my audience.

Chris’s Top Tip: As a chatty streamer, make games your own! Try a different type of run in a game to make the space for you to chat, give characters a new personality with your commentary. Do voices, experiment and have fun!

Bonus Track: Shenmue. Play Shenmue, now, today. It’s weird, old, kinda tough to wrestle the controls but if you want to combine everything we have learned from the above games? Shenmue has you more than covered. Chill moments to talk as you walk from place to place or while you work at the docks, bizarre B Movie voice acting to enjoy, and a game you can add your own layers to. It’s even easier now with the rerelease out there.

Shenmue I & II on Steam

Game Types to avoid as a chatty streamer

These can be pretty difficult if you’re a chatty streamer, or at least if you’re me. I find you get too into a game, for example, Overwatch. I’ll zone in on the action and play it the way you’re meant to, which is giving it your full attention. At this point, however, your audience is just watching some who is, at best, basically fine at Overwatch play. I’m not talking to them unless it’s between matches and even then it’s mostly to catch up on what they have been saying.

Disco Elysium, I’m told, is a wonderful game, with brilliant writing and while it may be perfect for someone looking to practice voice acting I find with a text-heavy game you don’t end up with much time to chat. Most of your time is spent reading aloud. Some streamers enjoy this and many audience members get a lot from it but when it comes to talking with your viewers there, in my experience at least, can be not much time. There is a chance for discussion of what has just happened but this is a more analytical approach to streaming and less freewheeling chatter.

So there we have it, playing some of these games is a great way to allow and create great conversations with your audience. And hey, while you’re here, you can stream everything I mentioned right now, for free using XSplit Gamecaster! (XSplit Gamecaster is free, not the games, pay your game developers, friends.) Taking your streams to the next level? XSplit Broadcaster has you covered!

Chris SlightChris is the Communications & Content Editor here at XSplit. You may find him voicing tutorials, on stage at events around the world, or right here on xsplit.com. Find him at chrisslight.net저자가 작성한 다른 게시물