The Cheapest Live Streaming PC you can buy in 2021 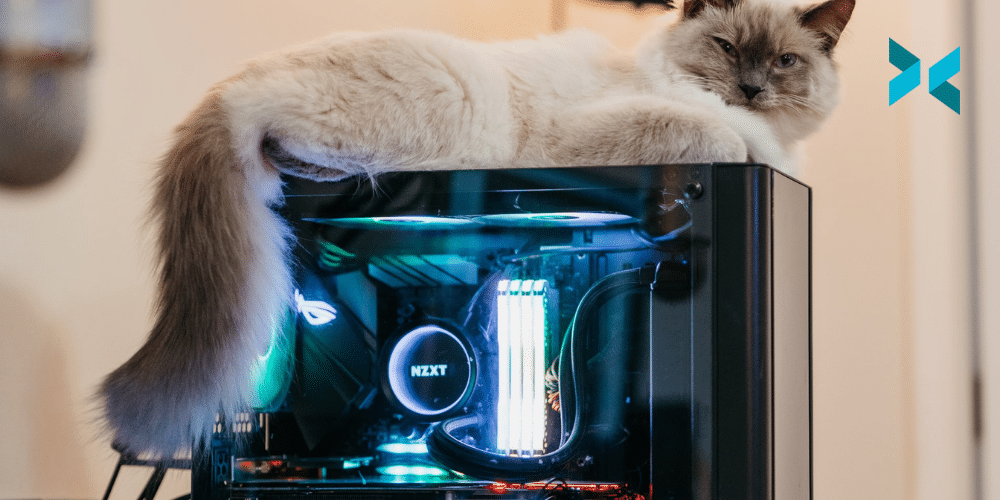 This year crypto and the global chip shortage have dramatically inflated prices on PC components, specifically CPUs and GPUs. In fact, if you took a look at the video we published earlier this year about building a streaming PC, most of the builds we’ve looked at have doubled in price! These are the centerpieces of any new PC build and are especially important for determining the performance of your streaming PC. So what is an amazing streamer to do? Well, if you don’t mind some compromises, in this post we’re going to take a look at how you can snag yourself a cheap live streaming PC in 2021.

One of the first things I’d like to point out is that no brands were involved in this, which is the case with all our content unless otherwise stated, the opinions here are purely subjective! – Ed

Our goal is to find a cheap live streaming PC that can encode a decent quality 60fps 1080p stream, on the GPU side, it will mean we lean toward NVIDIA since NVENC is such a powerful encoding tool for gaming and event streamers. On the CPU side, it’s basically dead even between Intel and AMD, all that matters is whichever gives the most cores at the cheapest price. Also, the focus will be people using these machines as dedicated streaming PCs rather than your primary gaming machine, so keep that in mind.

First up, this one is for all the diehard PC enthusiasts that only build their own machines. Now, if you’re planning to game and stream on the same PC, this isn’t going to be the build for you. You either have to eat the scalper’s tax to get a decent GPU or take a look at some of the laptop options we’ll discuss later on. But if you’re just building a cheap living streaming PC dedicated purely to encoding, then you have some choices.

Basically, you’re going for the CPU that will give you the best value. So, you’ll have to go back a couple of generations and go for a 10th Gen i7 or a 1st GEN AMD Threadripper, both of which clock in under $300 USD. Get the thread ripper if you’ll have a lot of capture card inputs and go for the i7 if it will just be your streaming PC. Both will allow encoding a solid 1080p stream.

I’ve linked some potential builds below, but you can make this even cheaper if you can use any spare parts you may have available.

If you’re going to want the latest and greatest components for your streaming PC, well you’re going to have to go to the land of pre-builds. These are the only options for getting access to the latest AMD and NVIDIA GPUS for reasonable prices. For some of the more boutique stores, you’re likely going to get the best prices from iBUYPOWER and Cyberpower, Linus Tech Tips actually did an amazing video where they go through the buying experience from different PC manufacturers.

Of the big boys like Dell, HP, Lenovo, Asus, etc it really depends on your region. I have to say that going back to Linus’ video, I would be inclined to give HP a try, especially their Omen series. They have 10th gen Intel PCs with 20 series GPUs that are great starting points for any game and event streamers looking for a cheap live streaming PC.

Finally, chances are one of the best places you’ll find a deal on streaming PCs are laptops. Mainly because retailers constantly have to clear out supplies every year to make space for all the new toys that get announced at CES, Computex, and the like. So for a laptop, we’re primarily looking for two things, at least a 1660 GPU and thunderbolt ports.

MSI makes great gaming laptops with both, and it’s a thin and light laptop which means you’ll be able to take it with you to events or just keep it tucked away at home. The 1660 means you’ll have access to the best version of NVENC and the thunderbolt port means you can add an enclosure to install multiple capture cards.

Now if for some reason you need a gaming monster, Gigabyte’s aero line is usually a good bet, but with the 30 series cards one important thing to note is that the cards will have different wattages which will affect their performance, so be sure to check that if that is important to you for gaming.

Finally, there’s always a ton of refurbished laptops on the larger manufacturer’s sites, so be sure to check these sections as you can get an amazing deal on a like-new laptop.

We hope we have saved you a few bucks and got you up and streaming with this blog, but be sure to let us know the cheap live streaming setups you’ve made in the comments!

Luis VigilLouis Vigil has been working on live stream productions for a variety of gaming events for over 10 years! When not broadcasting an event somewhere in the world, Louis also produces educational content for people looking to get into broadcasting on his Offcast YouTube channel.저자가 작성한 다른 게시물