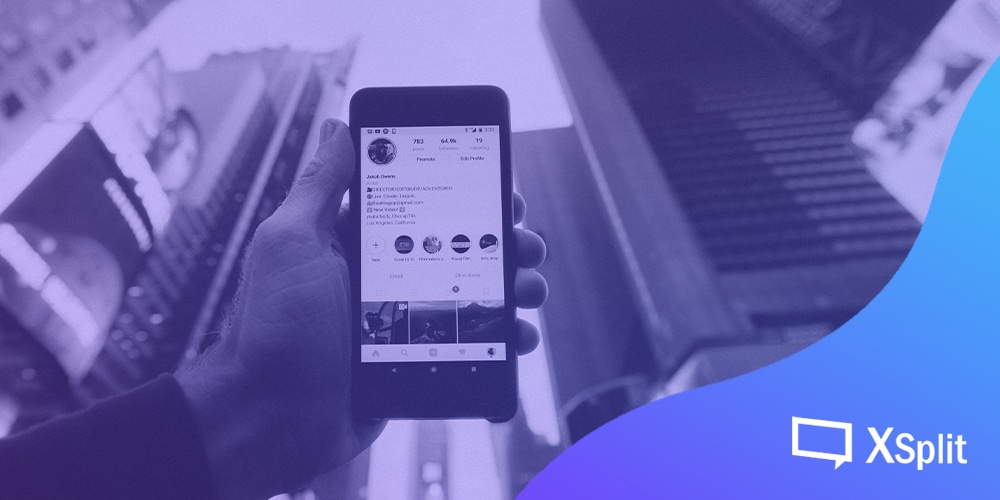 Aaah Instagram & Influencer marketing. Name a better duo, I’ll wait. From superstar models & celebrities to your Fortnite Twitch streamer, it’s safe to say, if you’ve got a celebrity crush you stalk on your phone, that person is an Instagram Influencer. Sure, sure, Instagram is the home of artistic photographers and indie creatives (#sunset#streetart) but as a marketer and business, you should really think of Instagram as a marketplace for brand advocates and potential candidates for your ads.

The name of the game? Get as many followers as you possibly can so brands reach out to you for a sponsored post for up to a million $, only if you’re Kylie Jenner or Cristiano Ronaldo of course. You won’t be getting paid as much because you’re obviously not one of the Kardashian sisters, but you can still expect a large sum of cash. Numbers vary largely depending on the demographic and industry but you could expect $1,000 per 100,000 followers. Now the road to building such an audience might be long and gruesome, but the payout might just be worth it.

Everyone wants a slice of the pie, and there are thousands, if not millions, of influencers for industries such as food, fitness and the likes. Personally? I like burgers and fried chicken. That doesn’t mean I’ve never smashed the like button on scenic pictures from the Bahamas with an acai bowl as the main portrait. You know the picture I mean? Of course you do, there are literally millions out there with every shade of color from a rainbow. That’s part of the problem: as we reach saturation, influencers that aren’t celebrities might have to start thinking out of the box and offer more than just daily lifestyle pictures.

If a picture paints a thousand words, then live video is a museum tour. While metaphors and literary imagery may not be my forte, trust me, I know about live video content. Instagram stories were already a leap forward for providing audiences with more insight into the lifestyles of influencers. The more genuine aspect of it, as well as the snippets of personality shown, was an immediate hit on the platform. Stories were but a stepping stone for Kevin Systrom, Instagram founder, who declared the era of “Vertical Video” officially launched.

When launched on June 2018, it was expected to be a YouTube-killer, but unfortunately ran into some hurdles. The switch for short-form video snippets to long-form videos with production needs like music, transitions, etc. was not an easy switch for an individual influencer. The vision for Instagram TV was “creating” content. It wasn’t a big hit with most influencers because it required more time and effort to build content. Understandable, since the biggest barrier of all was that, unlike YouTube, views on IGTV were not monetizable through ads. Tough sell.

But still some hope ahead?

Then, in February this year, Instagram started previewing IGTV feeds on the home feed. View numbers exploded. Not a big surprise really, discoverability and ease of search was also a factor in the poor launch. Video on Instagram receives about 38% more engagement than image posts. Live video numbers will surely surpass that soon. For now, it seems IGTV is not quite the hit with lifestyle influencers they thought it would be.

Why should Brands care about IGTV then?

You are not an influencer, you are a Brand.

Yes, IGTV was not a home run with individuals. But you do know 70% of users look up a brand on Instagram? Unlike YouTube, influencers don’t have a way to “game the system” with SEO tricks and clickbait tactics, it essentially comes down to brand popularity (and money for ads, sure). Organic reach is a huge factor for IGTV, despite what you’ve heard about Instagram ads. Users want to see brands evolving their content mix, and IGTV is the perfect gateway for that. Think fashion brands, one of Instagram’s core audiences. Sure, runaway pics are nice, but imagine watching it live? All the attendees are doing it anyway to flex on their followers, why wouldn’t you, as a Brand, capitalize on that? Some have already started doing it. Low risk, potentially high reward.

There are very few brands that have been utilizing IGTV. BBC News is one of them, but of course, this is more about capturing demographics they do not have access to on other media channels. But the Food Network? Best decision they made. Food content is old but gold: it was never going to die. What had died, however, was the medium generally used: Television. Sure, some demographics of mothers may still tune in, but how do you get the younger folks on their phone? IGTV.

Everyone likes food, you just have to reach them in the right places. They even write content for their Instagram audience. I’m going to be honest, I’m not familiar with how brand advertising and product placement works for these businesses, but I bet there’s money to be made. And we’re talking about a brand generally not associated with Millenials. Think Tasty, Spoon University and all those food porn pages that exist. They have a real opportunity to build engaging live video content and earn themselves another avenue for brand sponsorships. BuzzFeed even partnered with Instagram on building an incubator specifically for IGTV creators. I’m not completely sure what the progress has been, but there is definitely room for growth.

If you don’t see the big picture of Instagram Live Video content, I have failed in my mission… The point is, the cool kids are on Instagram, brands should be on IGTV because people like video, especially live. Oh and if money is what it takes to convince you: a third of Instagram users purchased a product via their phone. So create some video content, build an audience, have a purchase flow, and you’re set. Do you really think Facebook would buy a platform with no ad monetization on views if there wasn’t a bigger picture?

Kenji Ratier1v1 Shipment turned me into a man, Rust is where I became a legend. Oh and I do marketing for XSplit.저자가 작성한 다른 게시물