XSplit Broadcaster allows you to record different scenes at the same time!

The later versions of XSplit Broadcaster allow you to record different scenes simultaneously, regardless of which scene is currently displayed in your XSplit preview.

These steps are for when you would like to record Scenes 1 and 2 simultaneously, depending on your personal recording setup, the names and/or the number of scenes you wish to record may differ from below.

Setting Up The Scenes for Recording 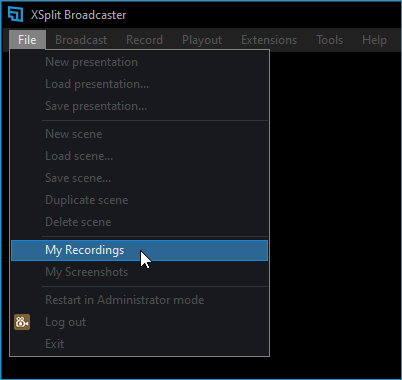