After an update, the League of Legends(LoL) game lobby now runs on a web-based client which cannot be captured using Game capture.

As a workaround, use Screen capture on the LoL game lobby then add a Game capture > Auto Detect source on top of it to capture the in-game client. 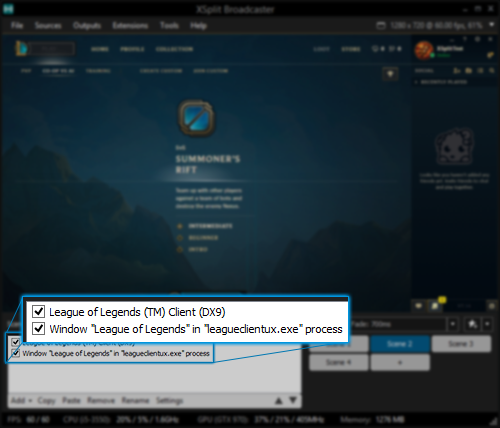 This way, you'll be able to record or stream the game lobby and automatically switch to the main game when you start playing.