Welcome back to our second installment of our three part interview, if you haven’t already make sure to check out part one here. Today Sean provides us with a masterclass on how to build an audience, maintain a fanbase and overcome those initial obstacles every streamer and shoutcaster will face. 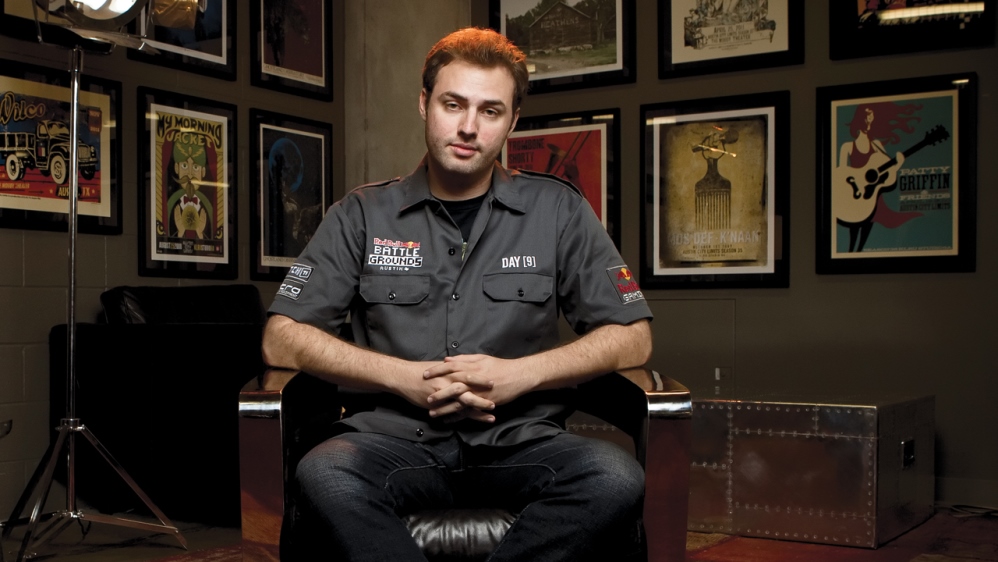 What do you guys think is the key for building and maintaining a dedicated fan base?

Sean: “Purely regularity (laughs) that’s probably going to be at least 100% of it. There is literally no way to have any relationship without regularity. I mean, it’s like marrying someone and then never talking to them again, it’s just not going to work out. You should probably see them lot. So I mean, for us the fact that not only do we have shows every single week, but there’s a clear schedule. It’s pretty much 7pm every day. Or on Friday it’s all day, and that regularity and that consistency is the biggest feat. There’s other things that go along with that, like the fact we have the calendar on the website for clarity we have a reference archives but the other thing that we feel is really critical is just talking to the fan base not as a fan base but as people.

When the show starts and I go live, there’s generally that ten to fifteen minutes where I’m doing general little setups like getting a cup of water and in those times I’ll just say “hey, how’s your day?” and if someone’s like “oh dude I have my final exams coming up!” then I’ll be like “what class? oh I was never any good at chemistry” and we just have an actual conversation with the community as oppose to being like “dude, you guys are the best, thanks for tuning in!” and that’s the only thing you ever say to them. We like to build those connections.”

When you first began streaming, what were your initial obstacles and how did you overcome them?

Sean: “So I know that this is a piece to talk about my use of XSplit, and this is going to sound like I’m trying to sell XSplit but it is true that the most horrendous, oh god, literally the worst thing in the universe was just the workflow. I mean I used to have to have like a fake video mixing. I used to literally, like layer eight different windows in the exact same space and I would alt-tab between them so it looked like I was switching between scenes because I didn’t have a scene switcher and we had to feed into Flash Media Live Encoder and there were all these problems with the codecs, and how those would talk to Sony Vegas and try to actually do that. I mean it was literally the biggest workflow mess. I would say that for every one hour show, there was two to three hours of work before hand and then another two to three hours work afterwards.”

Do you have any advice for those looking to start streaming in a professional capacity? For someone with a small production budget, what should they focus on?

Sean: “The number one thing is just to do it, and to fix it as you go. The biggest mistake that I think you can make as any creator in any medium, is trying to hold your product back and perfect it, so that way when you release it to the world, its amazing. That’s false, nothing works like that. Just get it out there. On my first show it was 4:3 I didn’t know how to do widescreen, I had a grainy camera with no lights. But I just talked, and that was really it but as time went on I started to get lights, I started to get a better computer; I started to try and fix it. So, I mean if you tune into Day 9 TV now, your going to see a pretty deliberate looking frame, your gonna see overlays and all that stuff and those are doodads, those are the extra ten percent. The first 90% of the difficulty is just making anything at all. Consistency, do it you just need a simple webcam a simple mic, you don’t actually need anything else.”

What do you feel has been one of the most challenging aspects of livestream production to master?

Sean: “On the production side of things, I think one of the most challenging things is that if something does go wrong, you do need to have some pretty sharp knowledge and it often doesn’t feel like you’re doing useful knowledge because your not using it everyday. Like for instance, if I lose out some key frames at the end of a broadcast, sometimes video programs won’t load it properly, so I have to cap the broadcast with a proper end slate so it can be read, and that happens maybe one out of every hundred shows, so I still know how to do it in case something goes wrong and there’s like fifty thousand things that you know “one will crop up here, and one will crop up there” and that wealth of knowledge only comes up from having a lot of experience and a huge amount of time. To of had screw ups and to spend an even trying to crack it and go “oh! that’s how you do it, I’ll have to remember that”.

On the hosting side of things, one of the most challenging things is to not get distracted and to really hold on strongly to your train of thought, because lets say your doing a show and you’re talking about a game and you look over at the chat and everyone’s typing “oh my god! oh no!” what do you do then? I see so many broadcasters go “oh wait, is something wrong? oh wait, you guys were talking to each other” ok nevermind, everything is ok, and doing that every now and again is inevitable because sometimes you just get trolls who screams down, or ,maybe there was a simple misunderstanding but I see people get distracted by that on almost every one of their broadcasts. Or lets say y’know, a light goes out and there just like little cats, they just stop and stare. Its so important to know exactly what you’re doing so that if a light goes off and you need to turn it back on, you just keep talking, turn it back on and sit down to make sure that through line is there, because any little disruption that you make is a very jolting and jarring experience. I mean hell 50% of the people that watch our show, watch it work, so they just want to have something nice to listen to in the background. So I’m not going to be like “is everything screwing up? oh no, everything is fine” because that just makes it not a pleasurable experience.”

Have you had any mentors in developing Day[9]TV?

Sean: “Definitely the biggest mentor was my mom. She’s very entrepreneurial. She’s very fearless in terms of just getting into stuff and she taught me a very important lesson that “as much as you might want to know the right way to do it or as much as you might want to ask the person for the template business or what are the ideas everyone else is doing” You actually don’t need to have any knowledge at all. You just think, huh how would I do that? And then you just march right on and do it. This is how we got into doing event planning. That we said “lets make an event! What would we need to make an event work? Well I guess food, and having bathrooms for people to use, having a show to show content. Let’s think of the logistics to prevent people wandering around and causing damage how do we make a schedule, how do we secure transportation ” – we didn’t really go online and Google “how do we plan an event” we certainly did some of that, but most of it was just like “this could be a cool way to do it, so lets just do it this way” or “hey we want to build a relationship with our community? here’s some ideas that are intuitive” – just do it. That was definitely the biggest experience.

Kevin Lin from Twitch.TV is always giving us great advice and great feedback, he’s awesome. Also the fact is, pretty much anyone we talk to, we have always tried to just get feedback from like the guys at Jinx. Like our relationship at Jinx we talk to them about how they would do merchandise, help us out. What do people think is cool. Having a talk to see how we can get things to MLG etc and ask them. People like Carmack or Sundance. Talking to all of these people and just not having any presumption like “oh I know best I don’t need anyone.”

So a big thing that Marcus “djWHEAT” Graham helped me with a lot is this notion of drowning out mistakes with good content. If you do a bad show, the wrong thing to do is to try to explain to everyone what were the circumstances that made it bad and then to apologize and promise to make it better, that’s just wrong. What you do is just do a better job next show, and just keep doing good shows. Everyone is going to have a good show, that’s ok you just want the quality of the average to be as high as possible and then its ok to completely bomb (laughs)”

Whats one piece of advice you were given that has helped your development as a producer and broadcaster?

Sean: “One piece of advice i got from my mother was to just ask questions that are really stupid and then once you realize it was a stupid question? don’t beat yourself up, just thank the other person more profusely. Take anything you don’t know and turn it into a puzzle”

Be sure to check-back this weekend for our final installment of our three part interview. Find out what Sean is currently obsessed with playing, his favorite live streams he likes to tune in for and whether StarCraft II is actually dead!